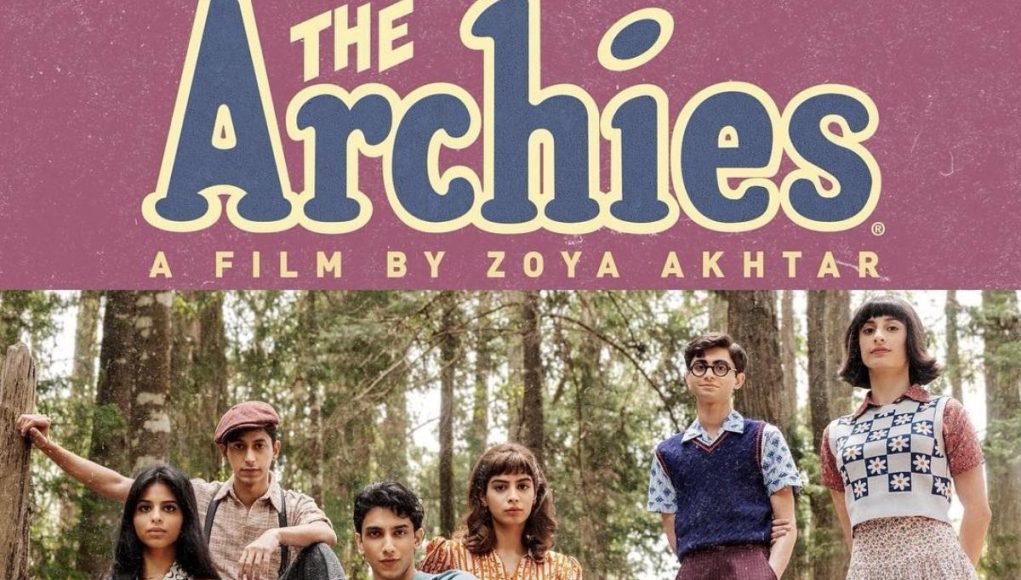 Zoya Akhtar’s The Archies’ first look is out, the film which was produced by Tiger Baby Films in collaboration with Archies comics and Graphic India will come out on Netflix. The show is set in the 1960s. It is a musical drama with an ensemble cast. The film stars Mihir Ahuja, Dot, Khushi Kapoor, Suhana Khan, Yuvraj Menda, Agastya Nanda and Vedang Raina in key roles. These seven young actors will reprise characters from the iconic Archie Comics. The announcement was made today with a quirky video. The music for the same has been composed by Ankur Tewari and the Islanders.

The Archies comes to Netflix India in 2023. pic.twitter.com/9bekOurjEt

The film’s first look is very eye-catching and refreshing. The actors and actresses seem to be in sync with the era. Netflix said that they matched the youthful energy, hope, and excitement of the sixties era. As per Netflix, it is a, “A musical experience bursting with youth, rebellion, friendships, first loves, and everything young adult, it still promises to have something for every generation. We can’t wait to see the new kids on the block!”

Netflix India has been under criticism for run-of-the-mill content. The OTT giant is treading carefully as of now. The Archies come from the stable of Zoya Akhtar and Reema Kagti. As we know, these two women are good storytellers. Fans of Shah Rukh Khan are very kicked about the show as it marks the debut of Suhana Khan. Amitabh Bachchan’s grandson Agastya Nanda is also there along with Khushi Kapoor. Some years back, Shabana Azmi already gave a thumbs up to Suhana Khan saying that she had the skills to become an exceptional actress.