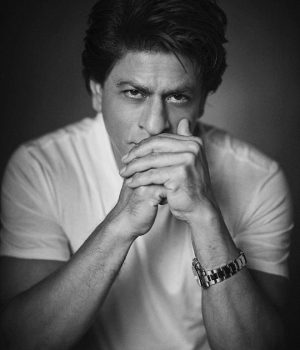 Shah Rukh Khan in a recent video for Disney+ of an ad where he messages Sushmita Sen to work on his app SRK+. However, she puts down the offer saying she is busy with Hotstar as of now but can figure out next year. The short clip opens with SRK frantically typing a message on his cellphone. The screen shows the text, “Hey Sush, let’s do something together for SRK+.” The Aarya 2 actor responds, “Busy with Disney+ Hotstar”, followed by “We can figure next year, pakka ha.”

Shah Rukh Khan and Disney+ Hotstar joined hands for a series of fun commercials, which started with SRK hinting at launching his own OTT venture. Before Sushmita, Rudra actor Ajay Devgn had also stepped in to add humor to the promotional videos. In a tweet, he teased Shah Rukh that the news of his digital platform came late, otherwise, he would have released Rudra on the same. The Devdas actor had then replied, “Toh… Season 2 Disney+ Hotstar pe nahin, SRK+ pe hoga…. Pukka?.”

On the work front, Shah Rukh Khan is currently filming Pathaan with Deepika Padukone in Spain. The YRF biggie also stars John Abraham and is being helmed by Siddharth Anand.