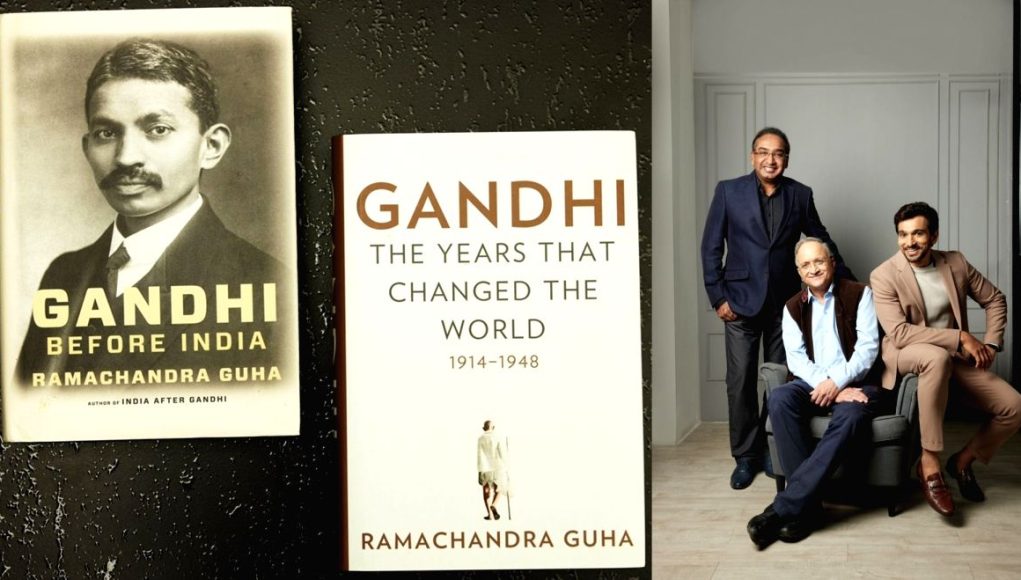 Pratik Gandhi of Scam 92 fame is all set to embark on the new journey with Applause entertainment as the studio has announced a rich layered, multi-season, monumental biopic on the life of ‘Gandhi’ based on the writings of renowned historian and author, Ramachandra Guha. Applause Entertainment has acquired rights to Guha’s two books, ‘Gandhi Before India and ‘Gandhi – The Years that Changed the World. However, Pratik Gandhi has been roped in to play the role of Mahatma Gandhi to recreate the journey of India’s greatest modern icon and the father figure of the Indian freedom movement.

Gandhi shared a picture with Sameer Nair, the CEO of Applause Entertainment, and historian/author- Ramachandra Guha. The actor wrote, “Applause Entertainment is all set to bring alive a sweeping tale of the Indian Independence seen through the life and times of Mahatma Gandhi. Based on the iconic books by Ramachandra Guha, the content studio will craft an authentic narrative on the journey of a legendary icon who defined the history of modern India. I am excited to embark on this journey with Sameer Nair and his team at Applause.”

The story of the birthing of modern India is for a global audience and hence the series will be produced at global standards and shot extensively across several Indian and International locations. The series will focus on Gandhi’s earliest days to his actions as a lawyer in South Africa, to lead India to independence from British Empire, telling the lesser-known facts of his life. It will also tell the stories of all his compatriots and contemporaries of the freedom movement, who played integral roles in the independence struggle and shaping the modern and free India.