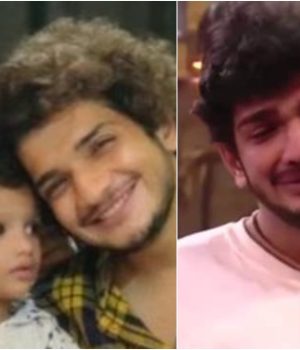 Kangana Ranaut revealed that Munawar Faruqui is a married man and has a child. He did not share details but said that they have been living separately for more than a year and added that the matter is in court. Kangana showed a picture of Munawar Faruqui and asked him if he’d want to elaborate on the pic that was going viral on social media. Kangana also asked him if it was indeed him in the picture.

The picture, doing the rounds on social media, was shown in a hazy manner on the show, In in, Munawar was seen posing with a woman and a kid. The contestants wondered if Munawar was posing with his sister. Munawar then said, “I don’t want to talk about this. Not on social media, not on a platform like Lock Upp. This is not something I want to talk about.” He admitted that it was indeed his picture.

The same picture shown in a #LockUpp

I feel munawar faked his personality in #LockUpp & his fans are blind pic.twitter.com/sSEgSmnUje

Kangana then said that young girls are often charmed by married men, perhaps because they come across as more understanding. She also said that they portray a picture of helplessness and claim to be stuck with the wife, while the real story may be completely opposite. Kangana also told Munawar that he had the choice to speak or stay quiet, but added that he could use the opportunity to explain his side of the story and come clean.

Munawar said, “I am not hiding anything, but we have been separate for the past one and a half years. Court ki Cheezein ho Rahi hai and I do not want to discuss that. It has been difficult.”

Saisha Shinde told Munawar he does not have to wear shields all the time. He said, “I do not want to talk about things that do not matter anymore. We do not stay together. I am going through so many things at the same time, I do not want to answer about more things.” Saisha reminded him of what Kangana suggested–he has the opportunity to come clean on the show.

Munawar told her, “There are so many tags on me already. I do not want any more of that. This is mentally consuming. It has been bothering me for four years. Things are in the court, I will say something and then people want to know more. I do not want to get into that. I was trying to make things better, but it was not to be. Whatever I am doing right now, it is for the young one (son).”

When Anjali Arora and Poonam Pandey walked up to him to calm him down, Munawar asked if they wanted to ask anything and they said they did not. Poonam said it was his personal life, and she is separated as well so she understood. “We try but not every relation may be meant to be,” Munawar said he lost himself while trying his best and cried as he said it.