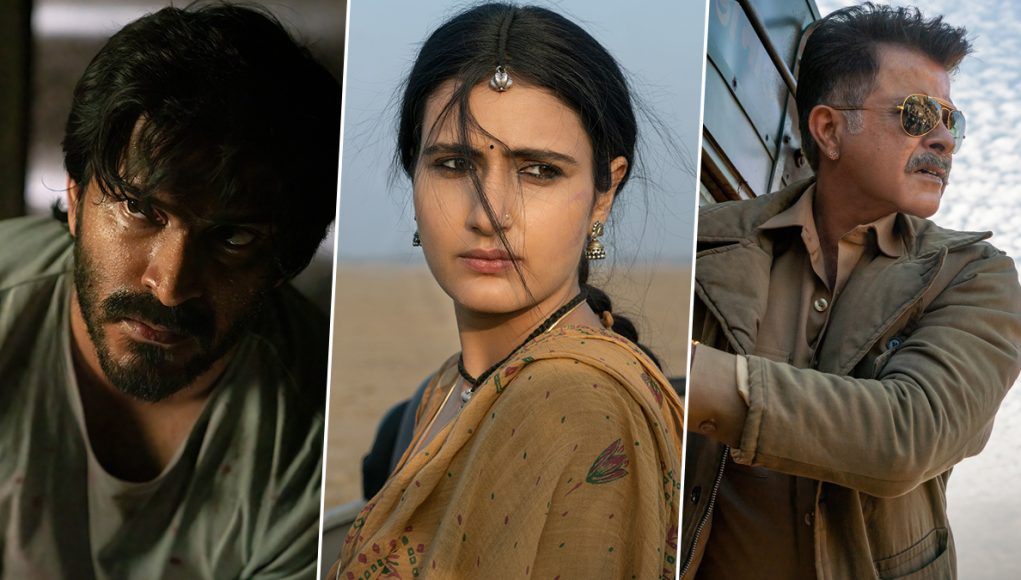 Anil Kapoor and Harshvardhan Kapoor, have worked together in AK vs AK in which the latter had a cameo. It was a Netflix original film, and now, the Kapoors have again teamed up for a Netflix original film titled Thar. The movie was announced a couple of months ago, and today, the makers have unveiled the trailer of the film. Anil Kapoor took to Twitter to share the trailer with everyone. He tweeted, “Mysteries and mirages, twists and turns. In the heart of an unforgiving desert, unfolds a gritty thriller, unlike any other. #TharOnNetflix @HarshKapoor_ @fattysanashaikh @satishkaushik2 @thisIsMukti @akfcnetwork @rajsinghc @NetflixIndia.

Well, the trailer is decent and Thar looks like a dark, gritty, and intense film. Anil Kapoor steals the show in the trailer, and Harshvardhan and Fatima also leave a mark. Netizens are loving the trailer, especially the Sholay reference dialogue in it. A netizen tweeted, “Sholay movie Ke characters ka Nam Leke Aap Ne es movie ko 1 to ka 4 Ker Diya sir Ji.” Another netizen wrote, “Awesome. Har Baar galti Gabbar ki nahi Thakur aur basanti ki bhi ho sakti hain. All the best, waiting for 6 May.” One more tweeted, “Wow … what a take on Sholay the final lines the way AK says it, the outstanding actor that he is… wow”