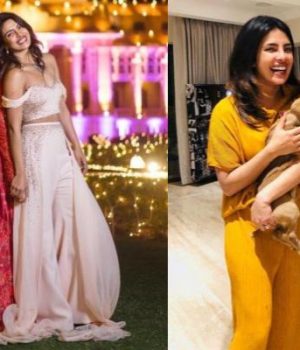 Parineeti Chopra is currently is busy with the reality show Hunarbaaz – Desh Ki Shaan as a judge along with Mithun Chakraborty and Karan Johar. Recently on the show Singer, Neha Bhasin appeared as a guest. Both Parineeti and Neha sing a duet song from Priyank’s film. They received a standing ovation from Karana and Mithun. They sang the ‘Kuch Khas Hai’ song from the movie Fashion which was originally sung by Neha Bhasin and Mohit Chauhan.

She took to her Instagram and shared the promo with a caption that mentioned how l much she loves singing and how it’s like meditation for her. It read, “Aaaah me and singing. My meditation .. ???? So much fun doing what I love the most! And this time with you @nehabhasin4u. We should do this more often! ???? @colorstv.”

On the work front, Parineeti Chopra will next star in Sooraj Barjatya’s Unchaai with Amitabh Bachchan and Anupam Kher.