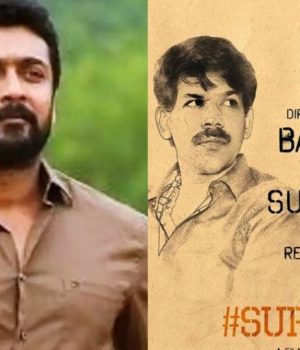 A video has been captured by a fan from the sets and shared on social media. Suriya was also clicked by fans when he gets into the set from the caravan, and the actor was seen wearing shorts most of the time. The look has strengthened the report of Suriya playing a fisherman character in the film, and fans are excited to see the actor’s versatile avatar.

Earlier, it was said that Suriya will be seen in a dual role in ‘Suriya 41’ with one as deaf and dumb. But it looks like the actor is not playing a dual role, and a surprise package is building up from Suriya and Bala.

After Kanyakumari, the team will be heading to Madurai and Goa for the film shoot. Krithi Shetty is roped in as the female lead, and she is making her Tamil debut with the film. Malayalam actress Namitha Baiju is playing a crucial role, while GV Prakash Kumar is scoring the music.