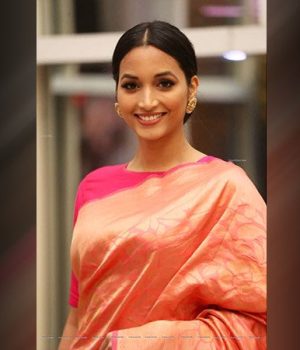 Srinidhi Shetty will soon be seen opposite Yash as Reena Desai in KGF Chapter 2. The actress is currently in Cochin and she shared some amazing pictures from her recent photoshoot. She is seen posing in a beautiful green suit with intricate thread work. The star finished the look with traditional Jhumkas and light makeup.

As the action drama is all set to open in the cinema halls on 14 April, the team is all charged up to see the audience’s response to their latest venture. In an attempt to add to the hype of his period drama, the makers have dropped the third single from KGF Chapter 2 titled Sulthana. The song is a tribute to Rocky Bhai’s power and audacity.

The Sandalwood star Yash recently visited Simhachalam Temple in Vizag to seek the blessings of Lord Vishnu before the release of the movie. The team starring Yash, Sanjay Dutt, Srinidhi Shetty, and Raveena Tandon have talked about KGF Chapter 2 on numerous platforms in the last few weeks.

Sanjay Dutt aka Adheera will be challenging Rocky Bhai in this upcoming intense drama. Prakash Raj, Ramachandra Raju, and Achyuth Kumar in secondary roles in this project backed by Vijay Kiragandur, under the Hombale Films banner. Meanwhile, Prashanth Neel has helmed this sequel to the 2018 successful movie, KGF Chapter 1.

Bhuvan Gowda is onboard the venture as the cinematographer, while editing has been performed under Ujwal Kulkarni. Ravi Basrur has composed the background music and songs for the film.