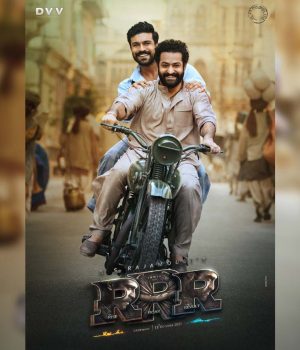 RRR is one of the highly anticipated films of the year. The film star Jr. NTR, Ram Charan, and cameo of Ajay Devgn and Alia Bhatt. RRR is directed by SS Rajamouli and has been a whopping budget and is said to be a cinematic treat for the fans. As it hits theatres yesterday, fans have floated positive reviews of the film as well as casts performances. The box office collection of the film is unbelievable.

As per the early estimates coming in, Jr NTR and Ram Charan’s film has done unbelievable business on its opening day. In the Hindi belt, RRR has made approximately Rs 17-18 crore net. It is much more than what was expected and the numbers are super impressive. Not just in the Hindi belt, even internationally, RRR has received a bumper opening. As per a tweet made by Taran Adarsh, RRR has made approximately Rs 26 crore in US and Canada.

RRR was expected to revive the theatre culture and make massive money at BO and well, it lived up to the expectations. The day does not seem to be far when the film will enter the glorious 100 crore club. Or even better, the 200 crore club.