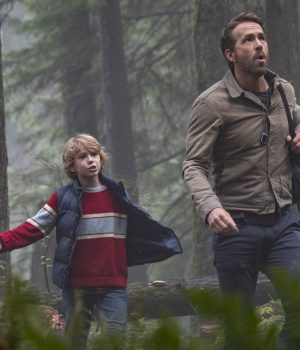 Story: Adam Reed is a time traveler pilot from the future who is searching for his wife Laura who is missing, Adam travels back in 2020 to find his wife but there he meets his younger self. Adam takes helps from his younger self to search for Laura. He is able to find Laura?

Review: The plot of the film is familiar as going back in time to meet your younger self. The story starts with Adam Reed (Ryan Reynolds) is a time-traveling pilot from the future where time itself is commodified or something. One day his wife Laura (Zoe Saldana) goes missing then he uncovers a massive plot by those in power to weaponize time travel to conquer the world. Adam travels back in 2020 to find his wife, but there he meets his younger self (Braxton Bjerken) and takes his help to find his wife. But, bring down the bad guys and save the future with an expected twist. I genuinely trying to think of a single life or death scene in the film because this is a sci-fi film with action and but obviously, I expect such things with the film. Unless the key to beating the bad guys was hidden in cartoons or faking an interest in sports. 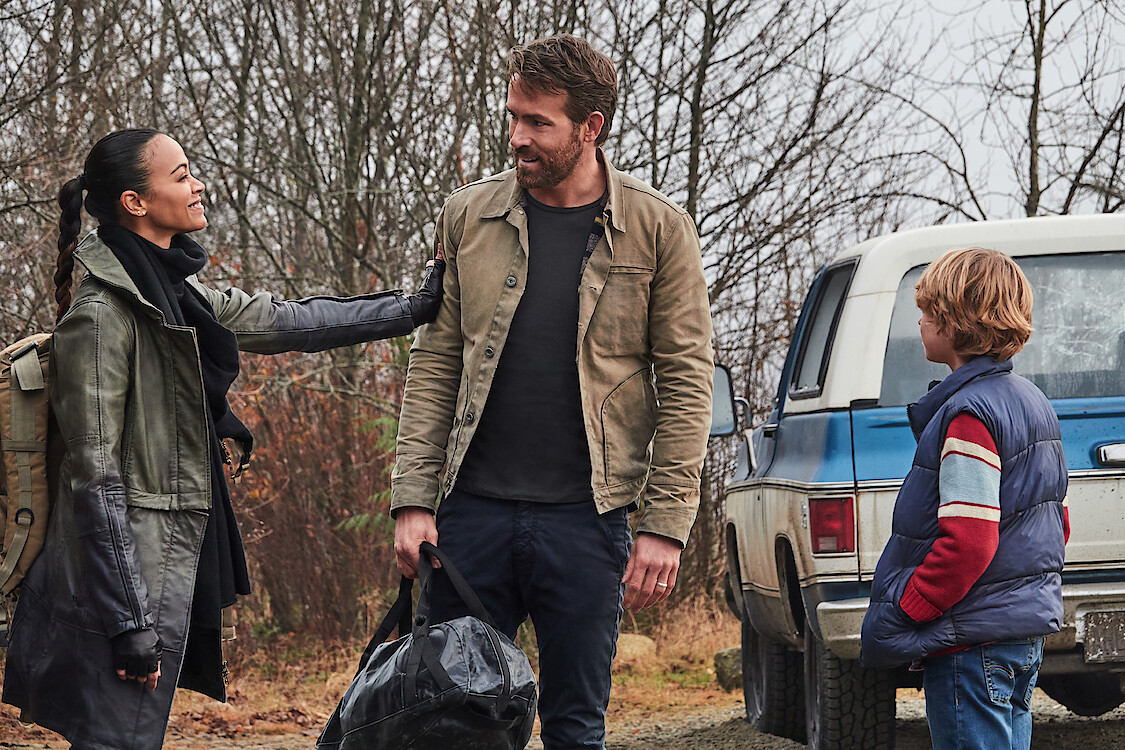 The Adam Project is hardly breaking new grounds as hanging out with your younger self-time travel movies go. But here (The Kid, Looper) it’s given the big sci-fi action-adventure treatment. And director Shawn Levy certainly knows his way around a fun blockbuster. He ensures that even at its most unremarkable, The Adam Project is never enjoyable. It’s hard to go wrong with Ryan Reynolds fighting bad guys with a lightsaber. But at some point movie is giving us an Iron Man 3 throwback like a broken man hanging out with a spirited, recently lost his dad. While they play with his futuristic toys and gadgets.

Actually what Adam Project wanted to do feel us that young Adam is still suffering from the loss of his father (Mark Ruffalo) and giving his mother (Jennifer Garner) a hard time. Older Adam lives with regret and resentment of both. While Ryan Reynolds continues his character of the same merc-with-a-mouth here he brings an unshakable tragedy and pain to Adam. Its irreverent humor is laced with hurt and rooted in regret.

While Zoe’s role is not having much screen time but whenever she is on screen is an absolute joy to watch her and one of the most promising action stars out there (There’s also a joke to be made in here somewhere about how she’s forever doomed to be the girlfriend lost in time considering her arc here isn’t all that different from Gomorrah’s in Avengers: Endgame). In the end, despite its earnestness, The Adam Project heart is limited and plot conventional leaving us with just another comfortable, forgettable action flick.