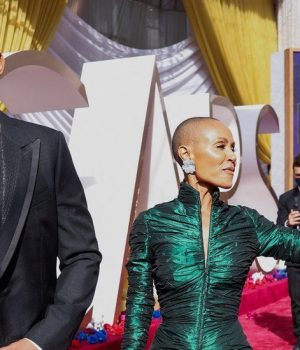 Will Smith has won the Best Actor award this year, but apart from this Will Smith also made a headline for slapping the comedian Chris Rock on stage for joking about his wife Jada Pinkett Smith. Chris had said to Jada, Smith’s wife, Jada Pinkett Smith, was going to be in the next “G.I Jane” movie, a reference to her lack of hair. She has alopecia, according to People magazine, a disease that causes hair loss. Although ABC went silent for the exchange, Smith could be heard saying “Keep my wife’s name out of your f-ing mouth.”

Will Smith just punched Chris Rock and told him “keep my wife’s name out of your f***ing mouth” pic.twitter.com/1f1ytdbMRv

Last year, Jada had released a video on Instagram to talk about a new patch of baldness caused by alopecia, a condition that causes drastic hair loss. “Look at this line right here,” Jada, 50, said, as she showed her scalp to the camera. “Now this is going to be a little bit more difficult for me to hide, so I thought I’d just share it so y’all not asking any questions — but you know, mama’s going to put some rhinestones in there, and I’m going to make me a little crown,” she said.