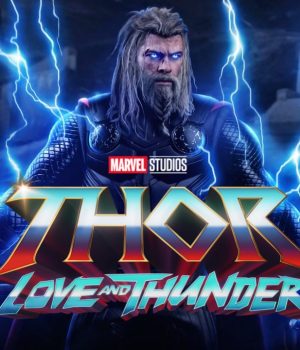 Marvel’s fans are eagerly waiting for the release Of ‘Thor: Love & Thunder’ and many have already begun the countdown. It’s the fourth Thor movie starring Chris Hemsworth, Natalie Portman, Christian Bale, Tessa Thompson, and several others. Thor: Ragnarok director Taika Waititi has helmed the fourth film too. Fans have particularly been excited about this film and it often trends on Twitter fans seem to have run out of patience, and their curiosity has heightened.

Fans’ eagerness has sparked memes on Twitter and many have expressed how they can’t wait for Thor Love and Thunder Trailer anymore. One fan tweeted, “#Thorloveandthunder is trending again. Don’t worry, there’s still no trailer 😂”. A fan shared a GIF of a man wearing a clown mask and captioned it, “Me clicking on the #ThorLoveAndThunder trending # for the 26th day straight expecting to see a trailer.” “still no #ThorLoveAndThunder trailer????,” asked a fan.

BREAKING: The #ThorLoveAndThunder trailer will premiere during the post-credits of #Thor4. pic.twitter.com/RM1GrOru5d

Meanwhile, according to multiple reports making rounds on the internet, Christian Bale, who plays the role of Gorr the God Butcher, has been busy refilming a few scenes. Furthermore, the reports also suggest that the makers haven’t dropped the trailer of the film yet as they are waiting for the team to complete the reshoots.

The film is scheduled to release on July 8, 2022, and it will also feature, ‘Galaxy Of The Guardians actors Chris Pratt, Dave Bautista, Karen Gillan, and Pom Klementieff along with Tessa Thompson, Christian Bale, Natalie Portman, and Chris Hemsworth.