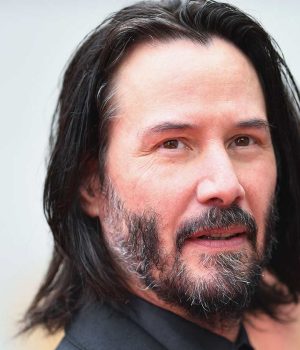 Keanu Reeves has reportedly been scrubbed from China streaming platforms such as Tencent Video, Youku, and Migu Video following the actor’s public support for Tibet earlier this year. Keanu was announced in January as a performer for the 35th annual Tibet House Benefit Concert alongside Laurie Anderson, Patti Smith, Cyndi Lauper, and Iggy Pop. Philip Glass serves as the Benefit’s artistic director, reports a news agency.

The event took place virtually for the second year in a row earlier this month. After Reeves’s participation in the Tibet Benefit concert was announced, Chinese nationalists took to social media in protest of the actor. China rejects claims of Tibetan independence and has long blackballed artists who have expressed support for Tibet and/or the Dalai Lama. Reeves’s support for the Tibet benefit went public just as ‘The Matrix Resurrections’ was opening in China, but the action sequel was boycotted by nationalists and underwhelmed at the box office.

Following the Tibet House benefit this month, dozens of Reeves movies have now been scrubbed off streaming platforms in China. As reported by the Los Angeles Times, at least 19 movies were pulled from Tencent Video. Every Reeves movie save for his voice role in ‘Toy Story 3’ was pulled off top streamers Youku and Migu Video.

Other platforms such as Bilibili and Xigua Video also reportedly saw Reeves movies scrubbed. Although ‘Toy Story 3’ remains on streaming, its credits feature the local dubbing cast when mentioning voice talent, and thus Reeves is not credited. A search for Reeves on the platform iQiyi reportedly gives users the following message: “Sorry, no results related to ‘Keanu Reeves’ were found. Due to relevant laws, regulations, and policies, some results are not shown.”

Past cases include Richard Gere, who lost movie deals because of his firm stance on Tibet and close ties with the 14th Dalai Lama, and Selena Gomez, for taking a picture with the Dalai Lama.