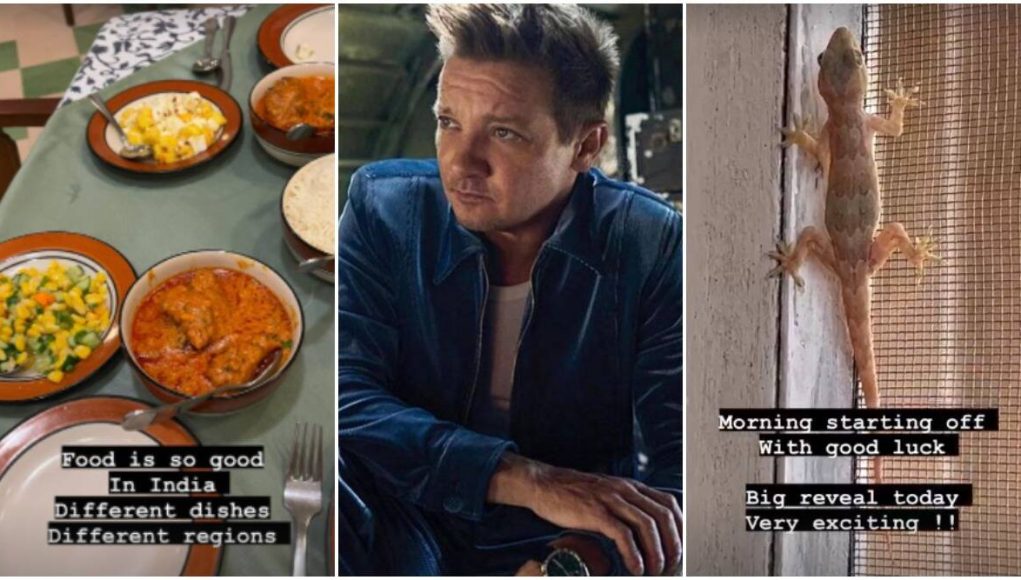 Jeremy Renner’s India trip is all set to end. The Marvel star was in the country for almost the whole of last week, shooting for his upcoming Disney+ reality series Rennervations. The actor even shot with Anil Kapoor in Alwar for the project. But on Friday, Jeremy posted a note thanking his crew, signaling that his gig in India was up. On Saturday morning, he posted a video of himself waving to cheering fans in Alwar, thanking them too.

On Friday, Jeremy took to Instagram to post a picture of himself sitting in the driver’s seat of a truck. He wrote alongside, “Thank you to our amazing crew here in India who worked so hard with us to get this job done! Can’t wait to share what we’ve been doing.” On Thursday, he had shared a picture on Instagram Stories where he was hanging off a truck. On Saturday morning, Jeremy posted a video on Instagram Stories, where he was seen waving to cheering fans in a rural setting in the desert. “Thank you all,” he wrote along with folded hands and heart emojis. Fans appreciated Jeremy for visiting India for the project. One commented on his post, “Thank you for visiting my country. Hope you loved it here.”

Jeremy was seen holding the fan’s hand. Several fans were amazed at his humility and connection with the fans on the ground. One wrote, “I love how simply he is meeting the fans and waving to them.” Another went as far as to say, “The government of India should give him citizenship now.”

Jeremy has worked in a number of critically-acclaimed and commercially successful films over the years. He is best known for his role as Clint Barton aka Hawkeye in the Marvel Cinematic Universe, a role he has played in all the Avengers films and the recent web series Hawkeye.

He reached India reportedly on Tuesday to film Rennervations, a reality series that sees him engage with communities from around the world. Pictures of him and Anil Kapoor shooting in Alwar emerged earlier this week. The actor himself has been sharing updates from Alwar and his Delhi hotel all past week.