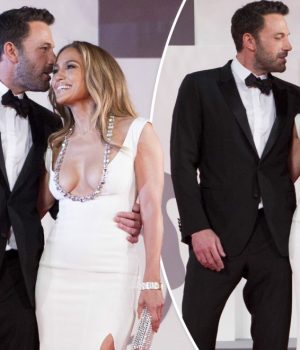 Jennifer Lopez and Ben Affleck are very much in love with each other, according to the latest reports, both the couple is engaged again after 20years. In earlier 2000s Jennifer and Ben dated each other and in 2002 both engaged but after a few years, they called it quit and parted away in 2004. But Again destiny played its part and they ended up with each other.

Jennifer made the reveal on Friday evening with an email to her fan. It included a video of her flaunting a massive green diamond ring. She shared a video, teasing the big news on Twitter as well. “Major announcement,” she wrote with her post and asked fans to visit her site onthejlo.com for details. “So I have a really exciting and special story to share…” Jennifer said in the video and added a diamond ring emoji to her name on Twitter.

OMG! I finally got the #onthejlo email! I am so FREAKING HAPPY for you @JLo !! So happy for Ben, you and your families! True LOVE & real LOVE does exist and you both found it in each other!! Thank you for sharing this very personal video with us all! LOVE YOU @BenAffleck @JLo pic.twitter.com/1xxBIC6qQp

Jennifer ended her engagement with former MLB star Alex Rodriguez in April. Meanwhile, Ben split with actor Ana De Armas in January and was earlier married to Jennifer Garner, with whom he has three kids. On the other hand, Jennifer also shared three kids with her ex-husband Marc Anthony.

Jennifer recently admitted to People Magazine that they remained of the chaos that surrounded them throughout their relationship in the early 2000s after they started dating again recently. She said, “Before, we kind of put [our relationship] out there. We were naive and it got a little trampled.” She also shared that she and Ben were willing to take a risk this time around, however, seeing as they were much older and wiser. “We both were like, ‘Wow, we’re so happy and we don’t want any of that to come into play again,'” she explained.

“We’re older now, we’re smarter, we have more experience, we’re at different places in our lives, we have kids now, and we have to be very conscious of those things. We’re so protective because it is such a beautiful time for all of us,” Jennifer said.