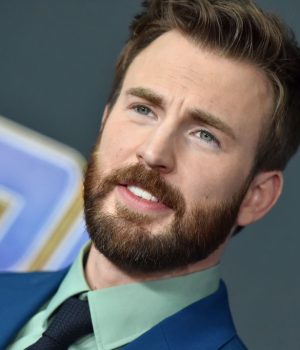 Chris Evans aka our dearly beloved Avenger Steve Rogers/Captain America is a sweetheart in real life. Why do we say it? Well, we recently came across an old video of Evan appearing on a Late Night show and it is just so pure and wholesome – even though the stuff being spoken about is not meant for kids.

Talking about Chris losing his virginity when he was a teen and what he did soon after ‘doing it.’ For those wondering what he did, the Marvel superhero ran home and told his mom, Lisa Evans about the new feather he added to his hat.

While on the Late Night With Seth Meyers in April 2017, Chris Evans was asked if he really told his mom about the first time he ‘did it.’ Answering in the affirmative, the Avenger star said, “Yes. I did. You know, my whole family, we’re just very open with a lot of things.” The Gifted actor, further explaining the equation he shared with his mom, continued, “If I had parties in high school, half the party [was] upstairs talking to her about inappropriate things. She’s a really, really cool woman.”

A then-teenage Chris Evans wanted his mom to know he accomplished something and that too soon. How do we know that? Well, he continued, “I raced home and I said, ‘I did it!’ I don’t know what I was doing, but I think I did it!” When Meyers joked that Evans must have his mom, “And I didn’t cry,” the ever so honest and righteous Avenger replied, “Oh no, I didn’t say that… She may have [cried] as well.”

When asked how Mama Evans took this news of his new accomplishment, the Before We Go actor said, “I think she was happy that I was willing to share it with her. I think as a parent you just want to have honesty.” The 40-year-old star continued, “That’s one of the best things my parents both achieved. Somehow, they felt like my friends. You don’t want to be so cool with your parents that you can do anything, but when big things happen, you wanted to share it with them.”