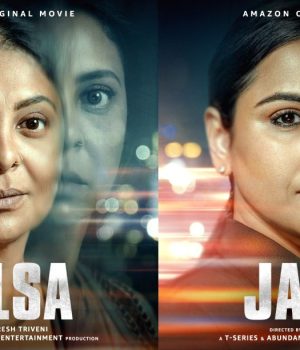 Vidya Balan and Shefali Shah are back with the first trailer of their film Jalsa. The story revolves around the killing of a young girl and a news channel’s investigating it. Vidya will be seen playing the role of journalist and on the other hand, Shefali Shah will be playing the role of Vidya’s cook, who’s is a mother of the victim who refuses to give up on her daughter. The almost two-minute trailer opens with a young girl being chased by a man but ends up being hit by a car.

As the police and the media started their investigations on the case, Shefali will be seen as a brave mother who wants to fight for her daughter and doesn’t want to judge her for being late out at night. While Vidya takes a keen interest in the same, a man is seen telling her in the latter part of the trailer “It’s better to hide a story these days.”

The director of the film Suresh Triveni said, “Jalsa is a drama peppered with the right amount of thrill. The film attempts to deliver a compelling story of secrets, truths, ironies laced with powerful, emotionally complex performances by Vidya and Shefali and the rest of the ensemble.”