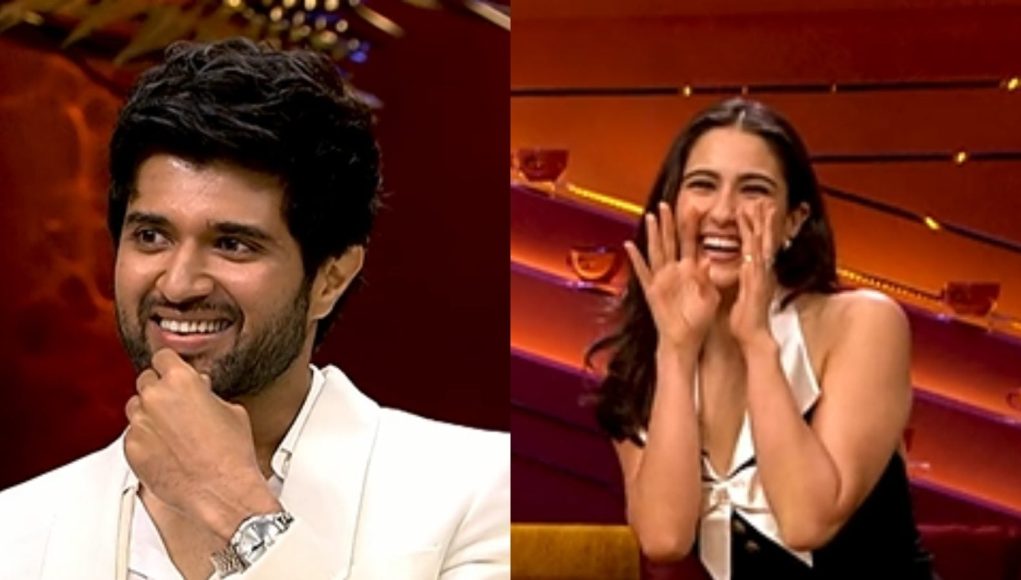 Vijay Deverakonda, who is currently busy with the promotions of Liger, seems to be the new eye candy in Bollywood as not just fans but even actresses seem to be swooning over his charm. From co-star Ananya Panday to Janhvi Kapoor and Sara Ali Khan, many of them have spoken about their crush on the South actor. In a recent interview when Vijay was asked about dating Sara, he maintained that he is a better actor.

When Sara Ali Khan was asked on Koffee With Karan 7 who would she date, after much persuasion, she took the name of Vijay Deverakonda. While the actress initially denied taking a name, after Karan Johar spoke about the manifestation on the couch, the actress finally gave in and took the name of the Arjun Reddy actor. Responding to being an object of desire and the fact that Sara Ali Khan wanted to date him, Vijay said, “I am a better actor.” He went on to add, “I texted her. It is so sweet of her to have said that.”

When Vijay was further prodded about whether he wants to Sara Ali Khan, he added, “I can’t even say the word ‘relationship’ well. How can I be in one?” On the other hand, during Koffee With Karan 7, Ananya Panday hinted at Vijay dating Rashmika Mandanna. When she was asked to answer about who’s Vijay dating during the Rapid Fire round, the actress replied, “He is in a ‘Rush’ to meet ‘Mika’ Singh… get it?”

Speaking of Liger, the film will mark the Bollywood debut of Vijay Deverakonda. The film also features American boxing legend Mike Tyson in a pivotal role. Directed by renowned South filmmaker Puri Jagannadh, it is slated to release on August 25 in Hindi, Tamil, Telugu, Kannada, and Malayalam.