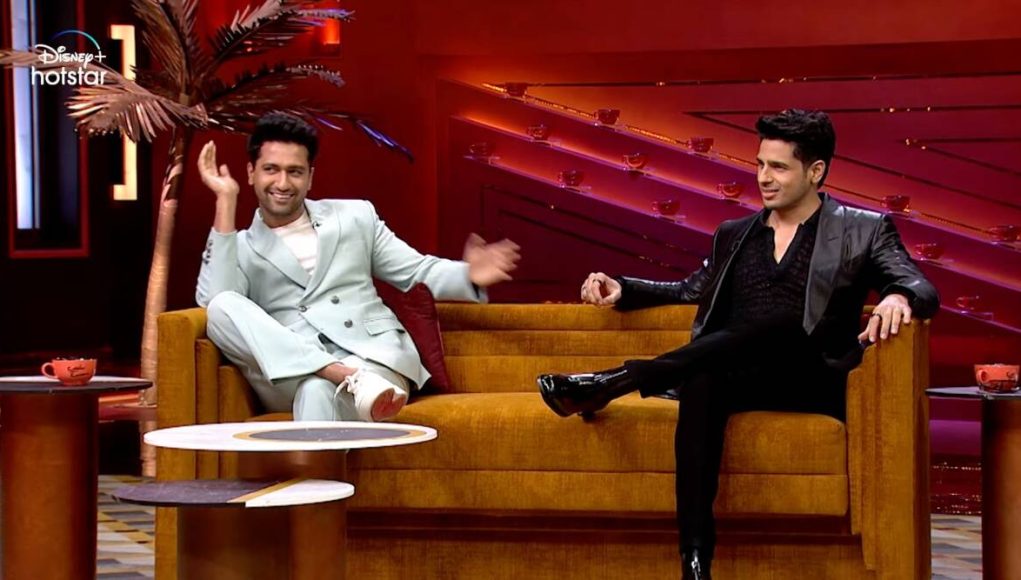 Karan took to his Instagram handle to give his fans a sneak peek into the upcoming episode with the dashing actors. The director was seen reminding Vicky in the video how momentous Koffee With Karan was for him the last time he graced the show. Sidharth also mockingly added, ‘Iska Toh Roka Hua Tha Yahan Pe’. Karan was talking about the time when Vicky confessed that he had a crush on Katrina. KJo had, in turn, told Vicky how Katrina felt they would indeed look good together.

Vicky and Katrina dated for quite some time before finally tying the knot with each other last year in December. The couple had an intimate-yet-lavish wedding ceremony in a fort-resort in Rajasthan with just their close friends and family members in attendance. Ever since then, the lovebirds have been painting the town red with their love story.