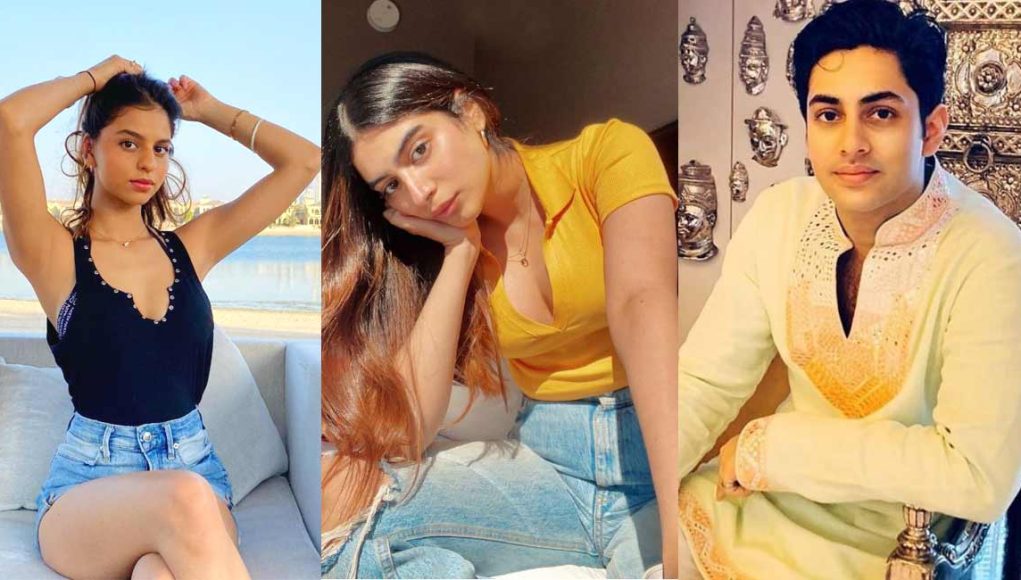 Suhana Khan turned 22. On Tuesday, she shared a glimpse of her first working birthday as she is currently shooting for her debut project The Archies. She celebrated the special day with lots of flower bouquets, balloons, her co-stars Khushi Kapoor, Agastya Nanda, and others. The first picture features Suhana posing in an orange one-shoulder dress, against the birthday balloon decoration in her room. It’s followed by a glimpse of flowers received by her alongside heart and star-shaped balloons. She also added pictures with her friends–Khushi, Agastya, and Yuvraj Menda who are also a part of The Archies. Sharing the picture, the 22-years-old wrote in the caption, “22/22.”

The Archies marks the acting debut of Amitabh Bachchan’s grandson Agastya and Boney Kapoor’s daughter Khushi. Apart from them, it also stars Vedang Raina, Mihir Ahuja, Dot, and Yuvraj Menda as the iconic characters from the Archie Comics. Reportedly, Suhana will be seen as Veronica Lodge, while Khushi will be playing Betty Cooper. It will be released on Netflix in 2023.

Set against the backdrop of 1960s India, the film is directed by Zoya Akhtar and producer longtime collaborator Reema Kagti under their production venture Tiger Baby. Talking about the project, Zoya had said in a statement that she is ‘super excited to direct the indigenous adaptation. “It was a large part of my childhood and teenage years. The characters are iconic and globally loved, which is also why I am a little nervous. I have to make sure the film stokes the nostalgia of a generation that grew up on the comic and yet resonates with the young adults today,” she shared.