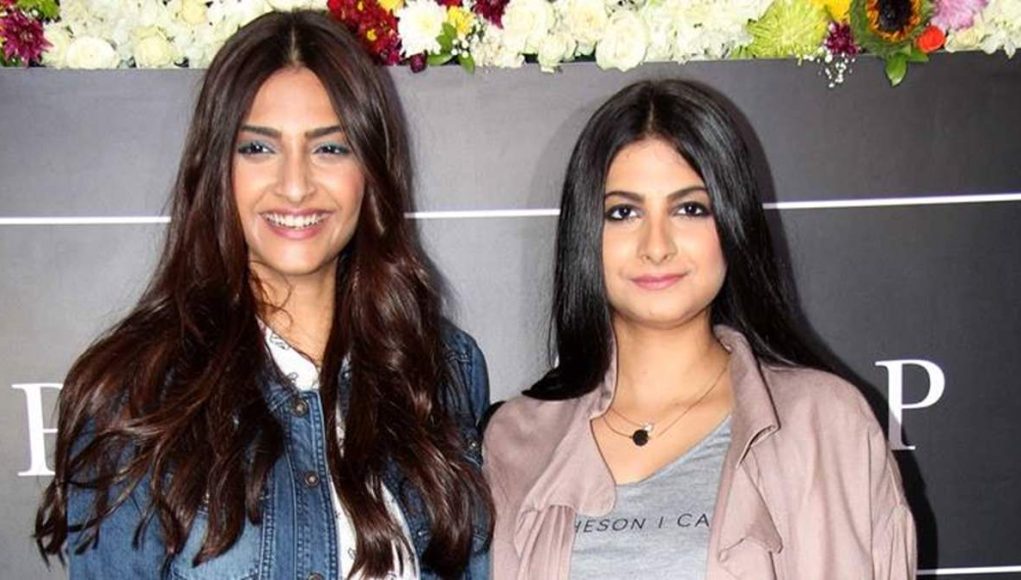 Rhea Kapoor, who is currently visiting her pregnant sister Sonam Kapoor in London with her husband Karan Boolani, recently shared a gorgeous picture with Bollywood’s fashionista.

Dressed in a black bralette, matching trousers, and a long coat, Sonam is seen flaunting her baby bump as she strikes a pose with Rhea on the streets of London. Rhea, on the other hand, looked stylish as ever in a blue pantsuit. Both the sisters twins are in cool black shades as they smile for the camera. Rhea captioned this lovely picture, ‘Rock up to the best meal of the trip like…. (So far)’.

Apart from this, Rhea also shared some other photos of the places they visited and the food they had on their fun trip. Sonam took to her social media handles to share beautiful snaps from her maternity shoot with Anand. In the photos, she was seen cradling her baby bump while lying on the couch with Anand. Sharing the photos, she wrote, “Four hands. To raise you the very best we can. Two hearts. That will beat in unison with yours, every step of the way. One family. Who will shower you with love and support? We can’t wait to welcome you.” Sonam added the hashtags #everydayphenomenal and #comingthisfall2022 with her post.

Sonam was last seen in ‘The Zoya Factor which was released in 2019. The actress will next be seen in Shome Makhija’s ‘Blind’.