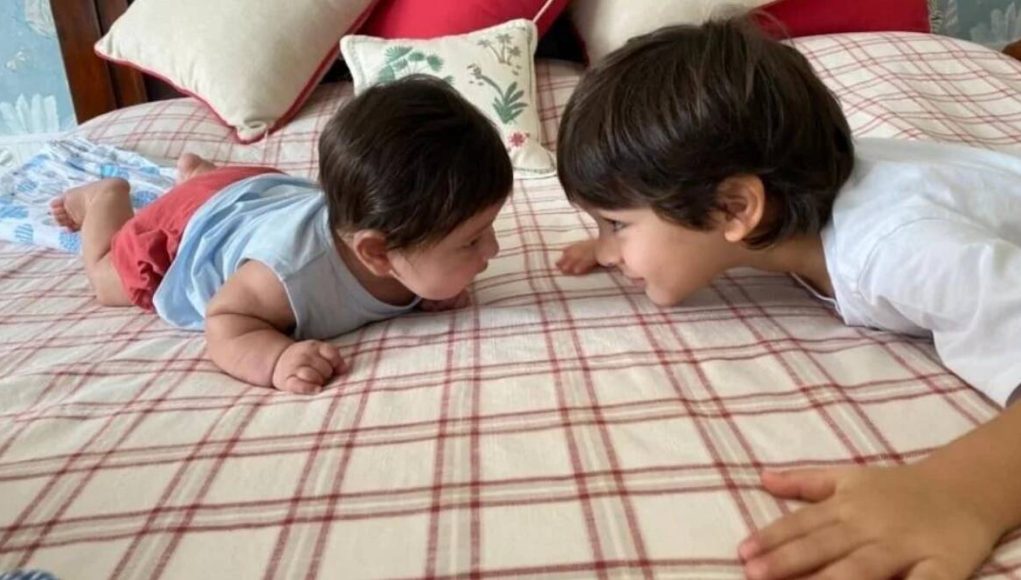 Saba Ali Khan on Saturday shared a new picture of her nephews Taimur Ali Khan and Jehangir Ali Khan, children of Saif and Kareena Kapoor Khan. While the photo she shared of the two brothers a few days ago, showed Taimur being a protective elder brother to Jeh, the latest showed him trying to deal with his younger brother’s tantrums. Saba shared that Jeh had been in the mood to torture his big brother when the picture was clicked.

Saba Ali Khan took to Instagram to share some pictures from Taimur and Jeh’s playtime. The pictures featured Taimur, 5, and Jeh, 1, surrounded by colorful balls as they sat inside a toy house. Both of them were holding the plastic balls in their hands. While Taimur was all smiles as he looked at his younger brother, Jeh appeared not to be in the mood. In the last picture, Jeh had moved closer to Taimur, and appeared to be trying to poke his face.

Saba captioned the post, “Time to play ball. #timtim and #jehjaan have some fun and guess who’s also into torture the #bigbrother mode! We’re related!!!” She added a grinning face with sweat, an evil eye amulet, and a blue heart emojis, along with the hashtag ‘#saturdayfunday.’ Saba’s caption was in reference to a throwback picture of her and Saif that she had recently shared on Instagram, in which she was pushing his face with her hands. She had captioned it, “I think I got away with torturing him!!”

Fans showered love on her latest pictures of Taimur and Jeh and called the brothers the cutest kids. One wrote, “So cute. Such cute smiles. Love them,” while another commented, “Cutest kids ever.”