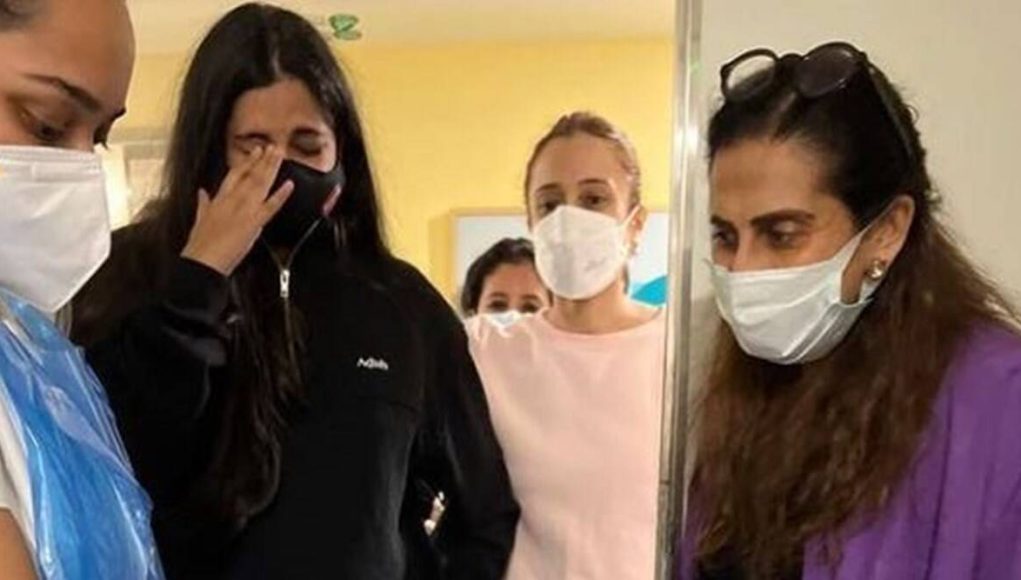 Sonam Kapoor on Saturday welcomed her first child with her husband Anand Ahuja. After Sonam shared the news, her sister Rhea Kapoor recently shared a bunch of adorable photos from the first time she went to see the child in hospital. In the snaps, Rhea is flanked by her mother Sunita Kapoor, and their friends as they crowd against the door to catch a glimpse of the tiny tot.

“Rhea Masi is not ok. The cuteness is too much. The moment is unreal. I love you @sonamkapoor the bravest mommy and @anandahuja the most loving dad. Special mention new Nani @kapoor.sunita #mynephew💙 #everydayphenomenal,” wrote the film producer as she shared the lovely pictures.

As soon as Rhea Kapoor dropped the pictures, several colleagues rushed to shower love on the images. Malaika Arora wrote, “Awww, Masi tears of joy,” along with multiple heart emojis. Khushi Kapoor, Shanaya Kapoor, Maheep Kapoor, and Ananya Birla among others dropped red heart emojis in the comments section of the post. Mira Kapoor mentioned “adorable” in a separate comment, as Bhumi Pednekar shared that the post is “toooo cute”. Not only celebrities, but fans also wished Rhea on the momentous occasion and wrote several “awws” below her special picture post.

Sonam Kapoor had shared a note upon becoming a mother which read, “On 20.08.2022, we welcomed our beautiful baby boy with bowed heads and open hearts. Thank you to all the doctors, nurses, friends, and family who have supported us on this journey. It is only the beginning, but we know our lives have forever changed. Sonam and Anand.”