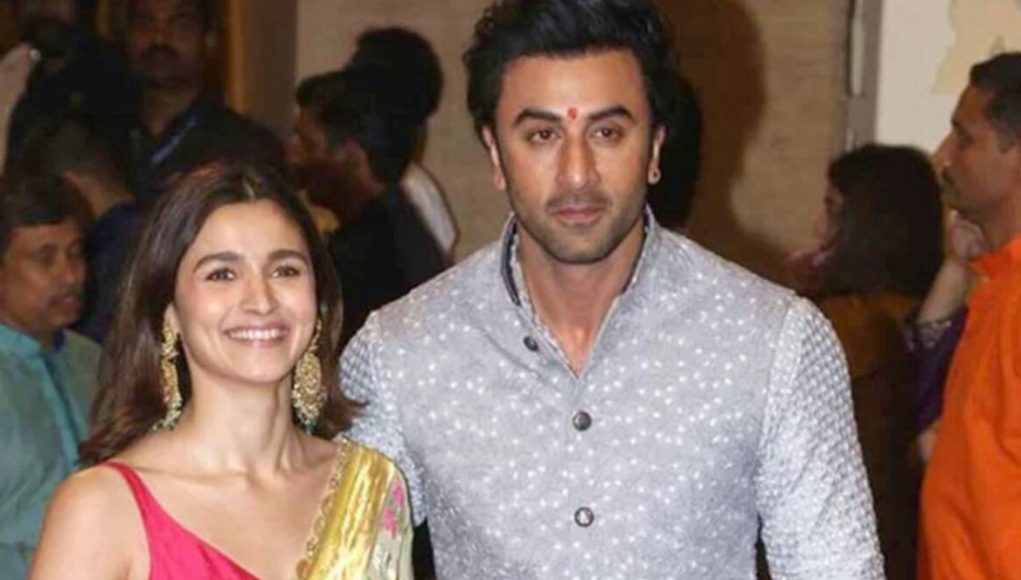 Ranbir Kapoor and Alia Bhatt officially began their wedding festivities with a Mehendi ceremony, on Wednesday, the star couple received a gift fit for royalty. A viral video online sees two men arriving with a special bouquet for the bridal couple. When asked about the gift, the man claimed that it was a gold bouquet coated with gold foil and added, “it is 100% real.” The large floral arrangement was a gift sent by a jeweler in Surat.

Wedding celebrations kicked off on Wednesday morning with Ranbir’s mother, Neetu Kapoor arriving along with her daughter Riddhima Kapoor Sahni, granddaughter Samara and son-in-law Bharat Sahni for the Mehendi ceremony. Alia’s bother Rahul, father Mahesh Bhatt, and sister Pooja were also spotted on their way out of Ranbir’s Vastu residence.

In addition, Natasha Nanda, Reema Jain, Kareena Kapoor Khan, and sister Karisma Kapoor, Adaar Jain, Karan Johar, Ayan Mukerji, and many others were also seen arriving to spend time with the happy couple. While the festivities kicked off at Ranbir’s Vastu residence, RK Studio and Krishna Raj Bungalow were all decorated with lights. On Monday, Alia’s Juhu residence was also lit up to mark the happy occasion.

Although there were many contradictory reports making the rounds on the web, the bride’s uncle Robin confirmed that the nuptials will be going according to plan and will be held on April 14.