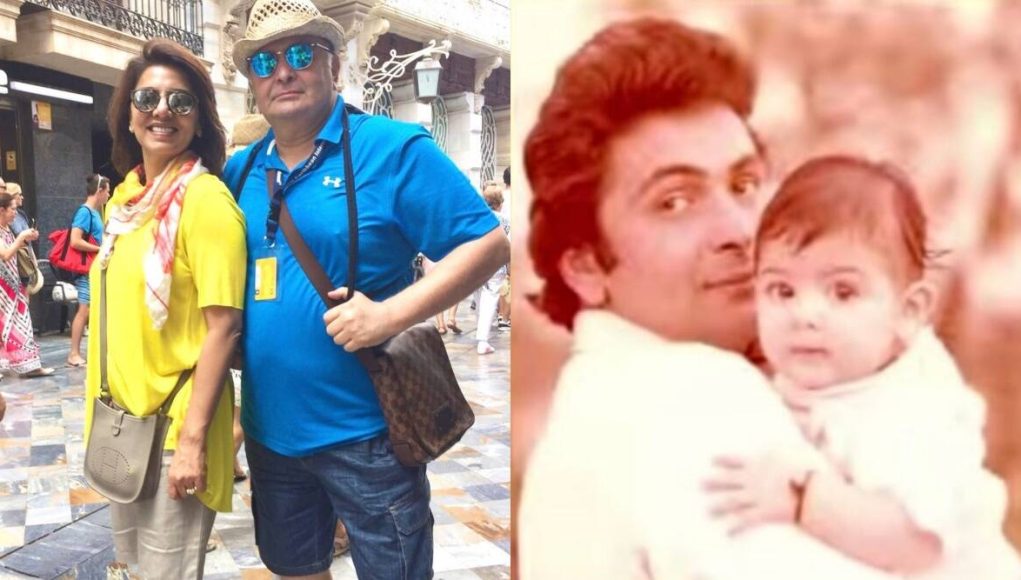 On the second death anniversary of Rishi Kapoor, his wife Neetu Kapoor and daughter Riddhima Kapoor Sahani shared emotional posts on social media. The Bollywood star passed away on April 30, 2020, after a long battle with cancer.

Neetu Kapoor, who is currently seen judging the dance reality show Dance Deewane Juniors, shared a promo of the show where a contestant’s grandmother sang a song for her late husband. On hearing the song, Neetu was in tears as she remembered Rishi Kapoor. She said, “Every day when I meet someone, I am remembered Rishi Ji as everyone has stories about him.”

Riddhima shared a childhood picture of herself with her late father and, in the caption, wrote, “Papa ♥️”. As she shared the photo, Soni Razdan commented on it saying, “Biggest hug ❤️❤️❤️.” Bhavna Pandey, Maheep Kapoor, and Manish Malhotra dropped heart emojis on Riddhima’s photo.

Rishi Kapoor’s children Riddhima and Ranbir stayed close to him during his cancer treatment in New York. Ranbir, who recently got married to Alia Bhatt, kept his father close to him during his wedding festivities. He danced at his Mehendi ceremony with Rishi Kapoor’s photo in his hand. Neetu Kapoor had also shared a photo with Ranbir from his wedding day that she dedicated to her late husband.