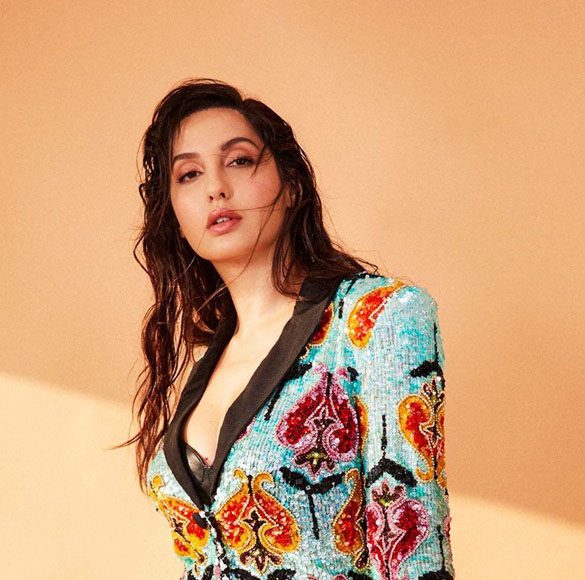 Nora Fatehi is one of the most beautiful actresses in Bollywood. The stunning actress is also one of the most fashionable stars. From rocking a casual look to effortlessly slaying a traditional avatar, Nora can pull off anything with absolute ease. She knows how to dress, impress and make heads turn. However, at times, she also gets trolled for her outfit choices. Speaking of that, Nora is currently seen as a judge on Dance Deewane Junior.

Nora was spotted on the sets of the reality show. She looked beautiful in a bodycon dress with a small trail. it seems she wasn’t comfortable walking on her own. Netizens trolled her for wearing a dress that has to be handled by others. One of the social media users dropped a comment saying, “Girl she could have used her own two hands to carry it or had it pinned up! Lol.” Another one wrote, “kya drama h,” via BollywoodLife. There are many who also showered love on her. A fan dropped a comment saying, “Super.” Another one commented, “New look gorgeous.”

Talking about Dance Deewane Junior, Nora will be joined by Neetu Kapoor, Marzi Pestonji, and Karan Kundrra. Karan, who is also seen as a jailor in Kangana Ranaut-hosted show, Lock Upp, is the host while Neetu, Nora, and Marzi are judges.