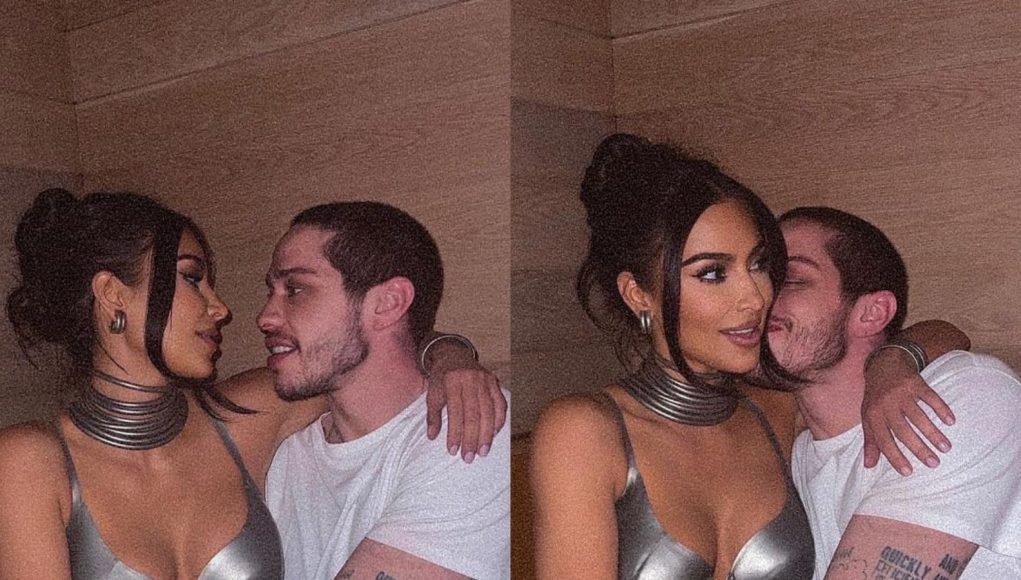 Kim Kardashian isn’t shying away from flaunting her ongoing romance with Pete Davidson and recently posted new photos with him that were clicked at The Kardashians premiere. The couple arrived hand-in-hand for the premiere but didn’t walk the red carpet together. Kim gave a cute sneak peek of Pete’s supportive boyfriend side in her new post.

Weeks after The Kardashians had its premiere, Kim took to Instagram to drop some BTS photos from the same on Tuesday. Sharing a carousel of images from the event, Kim apart from showing off her dazzling look from the premiere, also shared photos showing how Davidson was the perfect boyfriend as he supported her at the event. In one photo, the couple was seen holding hands as they headed toward the venue.

Another image also showed Davidson holding the car door as Kardashian’s staffer fixed her dress as she got out of the car. Another photo captured Pete sharing a laugh with Scott Disick while Kim got her makeup fixed up. Scott’s new girlfriend Rebecca Donaldson was also seen in the background. Along with the photos, Kim also shared an emotional caption as she thanked fans for the success of the new reality show.

Kim in her captions also honored late designer Manfred Mugler whose dress she was wearing for the premiere and wrote, “I felt so honored to wear a special dress to the special night! Manfred Mugler made this dress for me last year before he passed away and I just felt the magic in him when I wore it!”