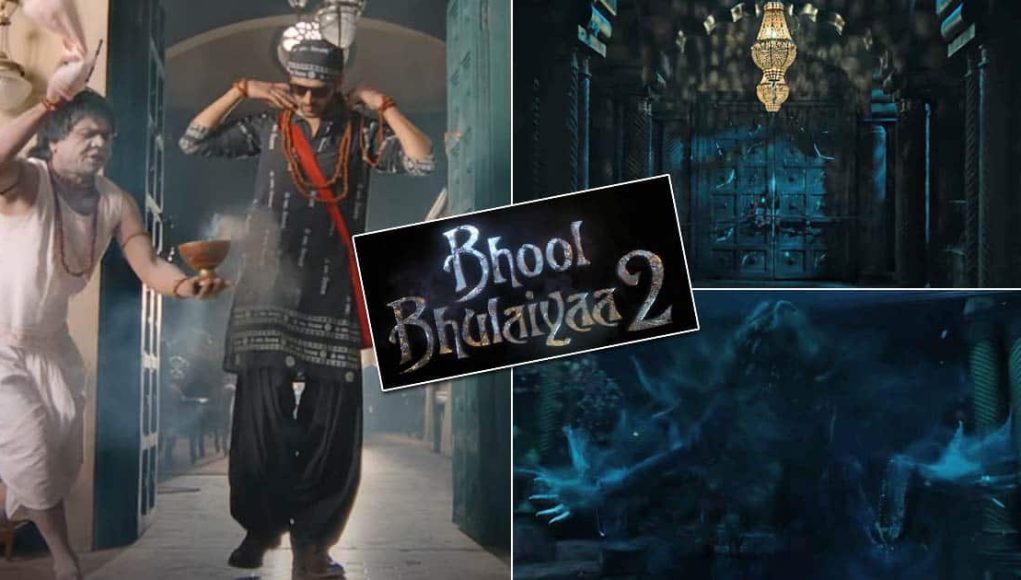 The makers of the movie are leaving no stone unturned to promote their upcoming film to the masses. Speaking of which, on Saturday, April 23, the lead protagonist of the film, Kartik Aaryan took to social media to unveil a brand new poster of Bhool Bhulaiyaa 2, thereby introducing his character Rooh Baba to the masses.

On Saturday morning, Kartik Aaryan introduced his character Rooh Baba in the most quirky manner. He appears to be surrounded by ghosts in the poster, with one of them levitating above the ground, hinting that along with comedy, the upcoming movie is filled with a lot of eerie sequences as well. Kartik in his ghostbuster avatar greets audiences with a namaste gesture as he poses for the camera. While sharing the poster, he wrote, “Miliye Meri Saheliyon Se #RoohBaba #BhoolBhulaiyaa2 Dekhne Aayiye 20th May 2022 ko (Meet my ghost friends. Come to the theatres on May 20, 2022, to watch Bhool Bhulaiyaa 2)”.

Helmed by Aneez Basmee, the movie is bankrolled by Bhushan Kumar under the banner of T-Series. Apart from Kartik Aaryan and Kiara Advani, the horror-comedy flick also stars Tabu and Rajpal Yadav in pivotal roles. Notably, Bhool Bhulaiyaa 2 is a standalone sequel to Priyadarshan’s 2007 iconic comedy film of the same name. The original movie featured Akshay Kumar and Vidya Balan in the lead roles. the makers of the movie have scheduled to release the horror-comedy flick on May 20, 2022.