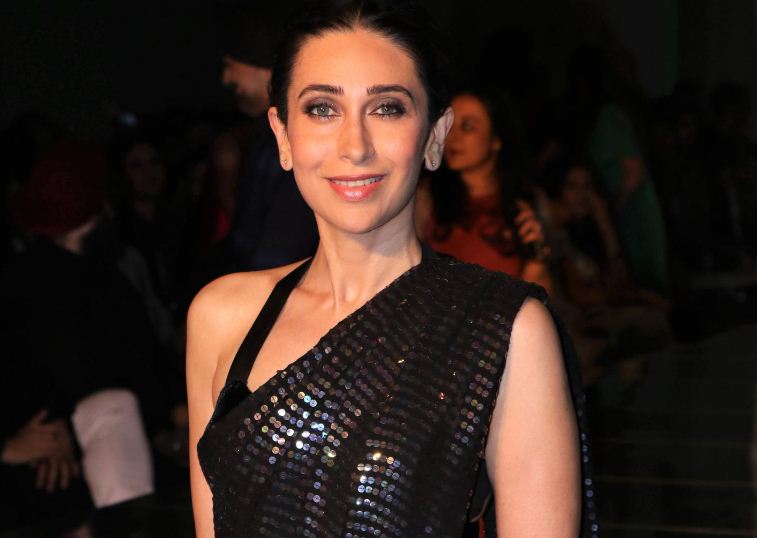 Karisma Kapoor shared a picture of herself with a clapper board and a poster, announcing her next project titled Brown. Karisma’s younger sister Kareena Kapoor also shared the news on her Instagram Stories. Karisma was last seen in the web series Mentalhood in 2020, which marked her streaming debut.

Karisma shared a picture of a clapper board with Brown written on it. In the picture only Karisma’s eyes were visible. She captioned the post, “To new beginnings.” In the second picture, Karisma shared a poster of Brown, which is directed by Delhi Belly’s director Abhinay Deo.

Karisma’s close friend Amrita Arora commented, “Woohoo.” Saif Ali Khan’s sister Saba Ali Khan wrote, “Good luck,” and Sanjay Kapoor said, “All the best.” One fan commented, “Can’t wait to see the magic.” Another one wrote, “OMG Lolo! Finally finally.” While one wrote, “I am super excited. Eagerly waiting for your comeback. Aag Laga Dena Lolo,” another one joked, “Thinking if Govinda is gonna be the second lead in this film.”

Karisma made her Bollywood debut in 1991 with Prem Qaidi, she was just 17 years old at that time. She later appeared in films such as Raja Babu, Suhaag, Andaz, Coolie No. 1, Saajan Chale Sasural, Hero No. 1, Jeet, and many more. She last played the lead in the 2012 film Dangerous Ishq, which was directed by Vikram Bhatt. She later did cameo roles in the 2013 film Bombay Talkies and the 2018 film Zero. In 2020, she made her digital debut with Zee5 and AltBalaji’s show Mentalhood. The show also starred actors Sanjay Suri, Sandhya Mridul, Shilpa Shukla, and Shruti Seth.