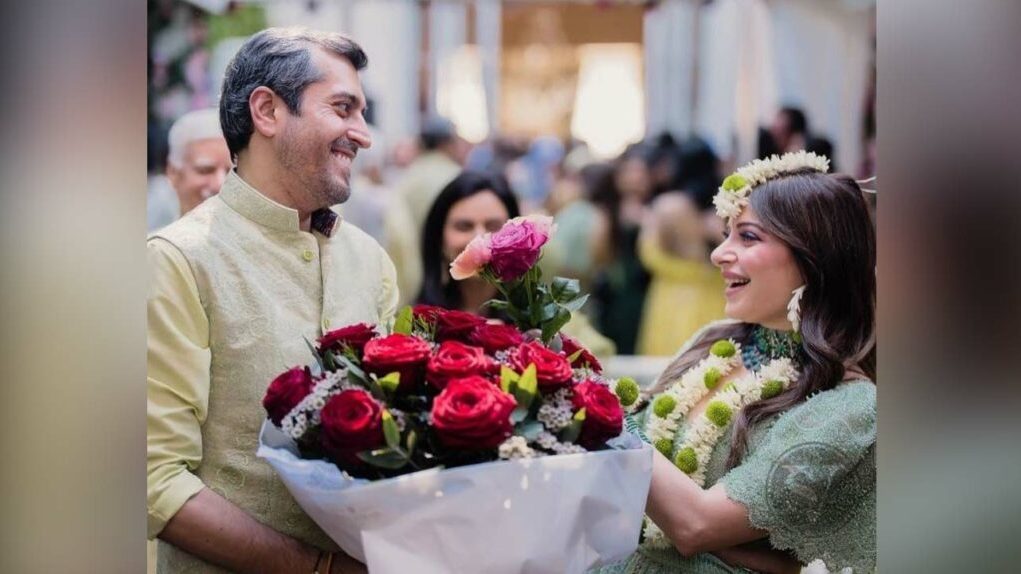 Kanika Kapoor has finally confirmed that she is getting married to NRI beau Gautam Hathiramani. She shared pictures from their dreamy pre-wedding function in London with a romantic caption for Gautam, confessing her love for him. The pictures show Kanika in a pastel green lehenga and floral jewelry, sharing some romantic moments with Gautam.  Gautam is a London-based businessman. Sharing the pictures on Instagram, Kanika wrote, “G (heart emoticon) I Love you sooooo much!”

The first picture shows a happy Kanika in an embroidered lehenga, with a relative making her wear flower bangles and mang tika, a custom practiced during the Mehendi ceremony. The following pictures show Gautam in a beige kurta-pajama, offering her a bouquet of red roses. He is also seen going down on a knee to propose to her with a pink rose. The couple is also seen dancing together as other guests cheer for them.

Kanika has been a single mother to three kids: Aayana, Samara, and Yuvraj. She got married at the age of 18 and moved to London. After a few years, she got divorced and went up to bring up her three kids all by herself. She hails from Lucknow and often visits her parents in India. She tasted success with the 2012 single with Dr. Zeus, titled Jugni Ji, and later shot to fame with Baby Doll in 2014. Since then, she has delivered multiple hits like Chittiyaan Kalaiyaan, Tukur Tukur, Genda Phool and Oo Bolega Ya Oo Oo Bolega.