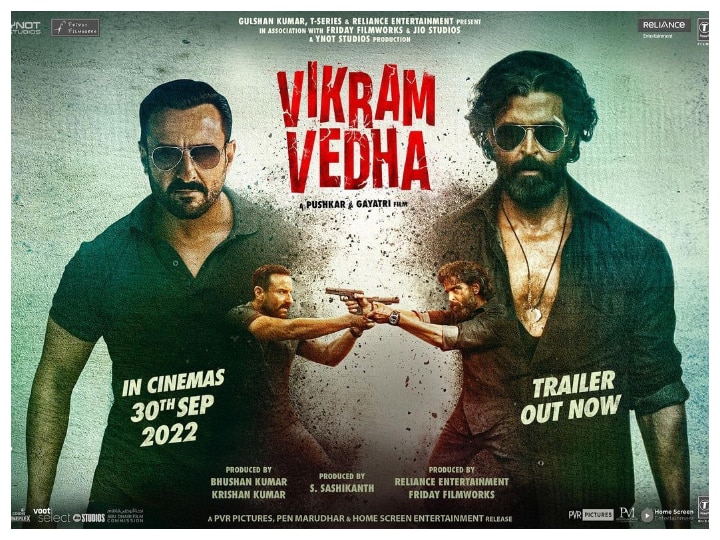 Hrithik Roshan and Saif Ali Khan and Radhika Apte’s much-awaited film Vikram Vedha trailer are out, the film is a remake of a Tamil same name. Pushkar-Gayatri who directed the original film also helmed the remake. Hrithik Roshan took to social media to share the trailer with the fans. The trailer for Vikram Vedha is good, there is some raw action, dialoguebaazi and it has a mass appeal to it. Hrithik Roshan, is simply outstanding in the trailer, proving that he is not just a good-looking star but a versatile actor. Saif Ali Khan also grabs our attention, and Radhika Apte leaves a mark with just a couple of scenes. A special mention to the background music, it’s simply amazing.

Well, it is expected that after Brahmastra, Vikram Vedha will create a storm at the box office. This year, remakes have failed to make a mark, but after watching the trailer of the Hrithik and Saif star, we can hope that it will get the audiences to the theatres. Vikram Vedha is slated to release on 30th September 2022. While there’s no Bollywood Biggie releasing that day, Tamil film Ponniyin Selvan’s Hindi dubbed version will be clashing with Vikram Vedha.