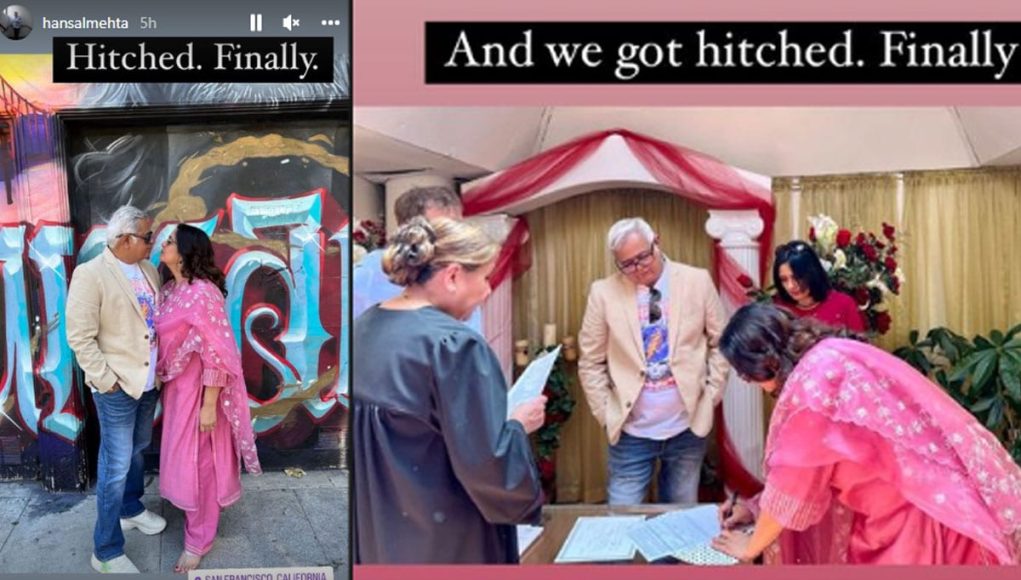 Hansal Mehta married his partner of 17 years, Safeena Husain, in an intimate ceremony in San Francisco, California. The director who had an intimate wedding shared glimpses from the special day on Instagram which was attended by his family members. Hansal has delivered several award-winning films while his wife Safeena works for the education of girls. The filmmaker shared pictures from his ‘impromptu and unplanned’ wedding celebrations that showed several candid moments of the couple smiling and posing romantically.

“So after 17 years, two children, watching our sons growing up and chasing our respective dreams we decided to get hitched. As always in life, this was also impromptu and unplanned. Our vows, however, were truthful, and but for this little ceremony, they would never have been saying. Ultimately love prevails over all else. And it has…(sic)”

His Scam 1992 actor Pratik Gandhi congratulated the director and wrote, “This is lovely. Well, it’s inspiring and pressurizing too. @bhaminioza is already giving me heard looks.” Rajkummar Rao commented on the post and wrote, “Congratulations my fav couple. You guys complete each other. I love you both.” Followed by this, Manoj Bajpayee wrote, “Wow! Wow!! Congratulations & best wishes to both of you lovelies.”

Hansal has two sons from his previous marriage and he is a father of two daughters with Safeena. Meanwhile, on the work front, Hansal recently saw the release of the anthology, Modern Love Mumbai, in which he directed the episode titled Baai. He also directed the action-thriller Faraaz, with his son Jai Mehta, and has a project with Kareena Kapoor lined up.