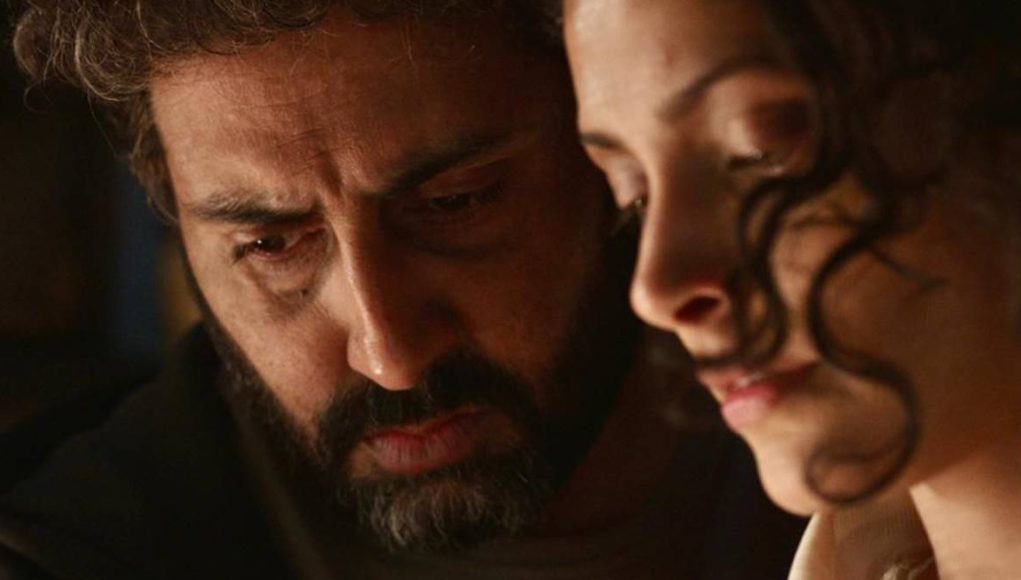 Abhishek Bachchan and Saiyami Kher are all set to take the audience on an intense journey in R Balki’s next titled Ghoomer. The first look of the film has just been unveiled and well, it certainly will leave you intrigued. Featuring Abhishek and Saiyami in lead roles, Ghoomer is a story of a coach and his prodigy. Abhishek will be seen playing Saiyami’s coach in the film. The first look still also features the lead actors caught in an intense moment.

Sharing the first look on social media, the makers showcased the bond between Abhishek and Saiyami. The first look still from Ghoomer features the actress with an intense expression, standing next to Abhishek Bachchan who plays the role of her coach in the film. Saiyami took to Twitter and dropped the still with a heartfelt note about the film and its journey. She wrote, “A project with some of the nicest people I’ve met. That let me play a sport that I love. That let me play one of the most challenging roles I’ve played thus far; both emotionally & physically. It feels too good to be true. And I hope to continue playing even more. Ghoomer.”

Talking about the film, Pinkvilla had exclusively reported that along with Abhishek, Amitabh Bachchan also will be a part of R Balki’s Ghoomer. We had shared that he will be seen in the role of a commentator in the film. A source had informed us, “Amit Ji will be a part of the last schedule of the film, however, he won’t be shooting at the DY Patil stadium. His portion will be shot separately at another location. The film revolves around cricket, and he will essay the role of a commentator in Ghoomer. Amit Ji has featured in all R Balki films, and they are excited to collaborate for this one too.”

Meanwhile, Abhishek was recently seen in Dasvi with Yami Gautam and Nimrat Kaur. The film that had been released on an OTT platform managed to win hearts and received great reviews on social media. Besides this, Abhishek also will be returning with the next season of Breathe: Into The Shadows.