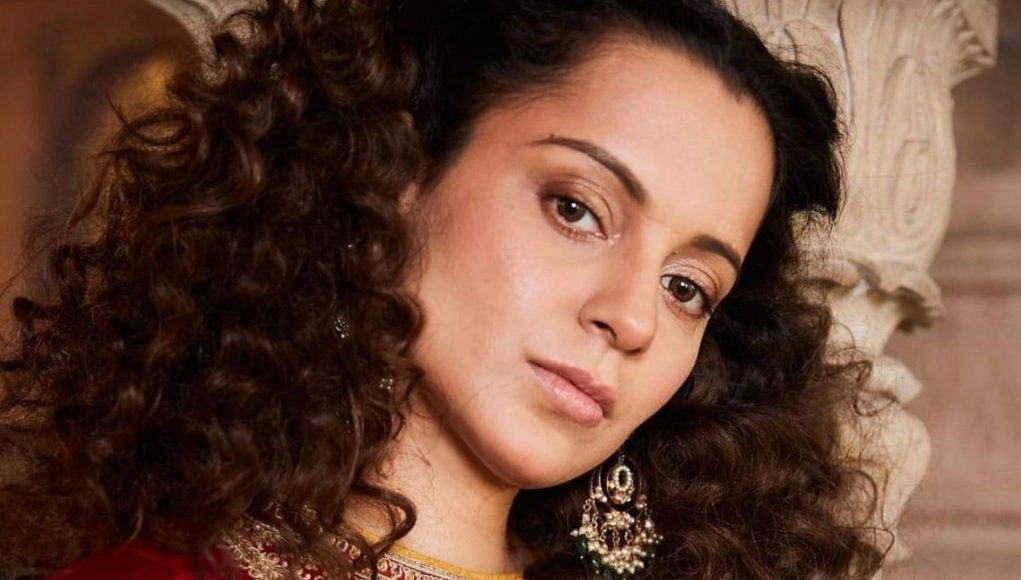 Filmfare Awards have finally reacted after Kangana Ranaut decided to sue the magazine for nominating her in the Best Actress category for ‘Thalaivii.’ In a long statement, the magazine called Ranaut’s accusations ‘false’ and explained that their invitation to her was their effort to “bring together everyone in a collective celebration of what brings this nation together i.e. Indian Cinema”. However, Filmfare Awards have now revoked Kangana’s nomination in their upcoming award show.

In a statement shared on their Instagram handle, the leading entertainment magazine said, “As is customary during the awards, Filmfare’s Executive Editor informed Ms. Ranaut about her nomination in the Best Actor in a Leading Role, Female category and asked for her address to send across the invitation. 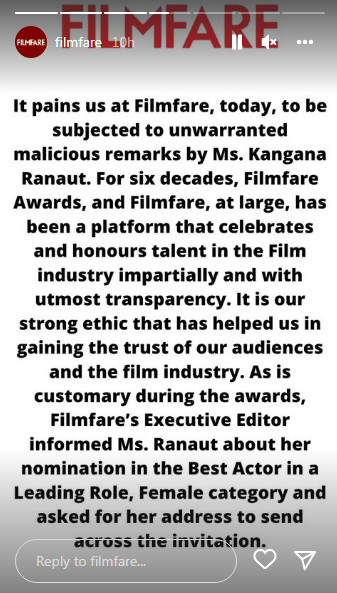 The Queen actress was quick to take note of the statement and took to her Instagram stories to react to it. She penned a note that read, “@filmfare has finally withdrawn my best actress nominations, thanks to everyone who supported me in this fight against the corrupt system but this doesn’t stop me from taking legal action against them…my endeavor is to put an end to these unethical practices and stop such malicious award shows…see you in court @filmfare.” This year, the 35-year-old actress was nominated in the Best Actress category for Thalaivii along with actors Kiara Advani, Kriti Sanon, Parineeti Chopra, and Taapsee Pannu, and Vidya Balan.