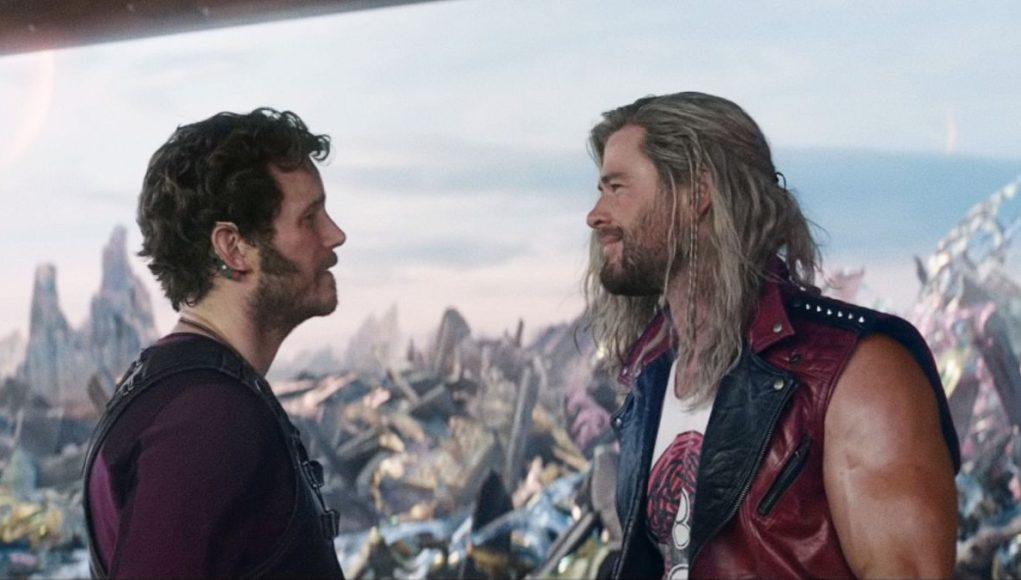 Chris Pratt claims that Chris Hemsworth is precisely like Thor in real life. This summer, Hemsworth will resume his role as Thor, with viewers last seeing him face Thanos during the dramatic events of Avengers: Endgame. Thor decided to follow the Guardians of the Galaxy on their journey in the last moments of Avengers: Endgame, and now Thor: Love and Thunder will explore their newly formed bond. The teaser revealed Thor and Chris Pratt’s Star-funny Lord’s chemistry, as well as Pratt’s fellow Guardians, Dave Bautista’s Drax, Pom Klementieff’s Mantis, Bradley Cooper’s Rocket, Karen Gillan’s Nebula, and Vin Diesel’s Groot.

Pratt recently spoke with SFX Magazine about his experience filming Thor: Love and Thunder and lavished admiration on his co-star. Pratt, who is now promoting Jurassic World: Dominion, said he “loved every minute” of filming Thor: Love and Thunder and praised Hemsworth for his work ethic as well as his sense of humor. Chris said, as per Screenrant, “I love being able to work with Chris Hemsworth, he is like Thor in real life. He’s the sweetest dude. Super-funny. Works so hard. It was great. I loved every minute of shooting [Thor 4]. I’m so grateful that they brought us along. It was neat to see him bring this to Australia and shoot it there, with all of his fellow countrymen. And with director Taika Waititi, who is just outrageous. His style is so unique.’

While Thor’s next adventure will most likely be disclosed or hinted at inside the film’s runtime, Pratt’s next confirmed MCU presence will see Star-Lord and the crew return for one final hurrah in Guardians of the Galaxy Vol. 3 next year.