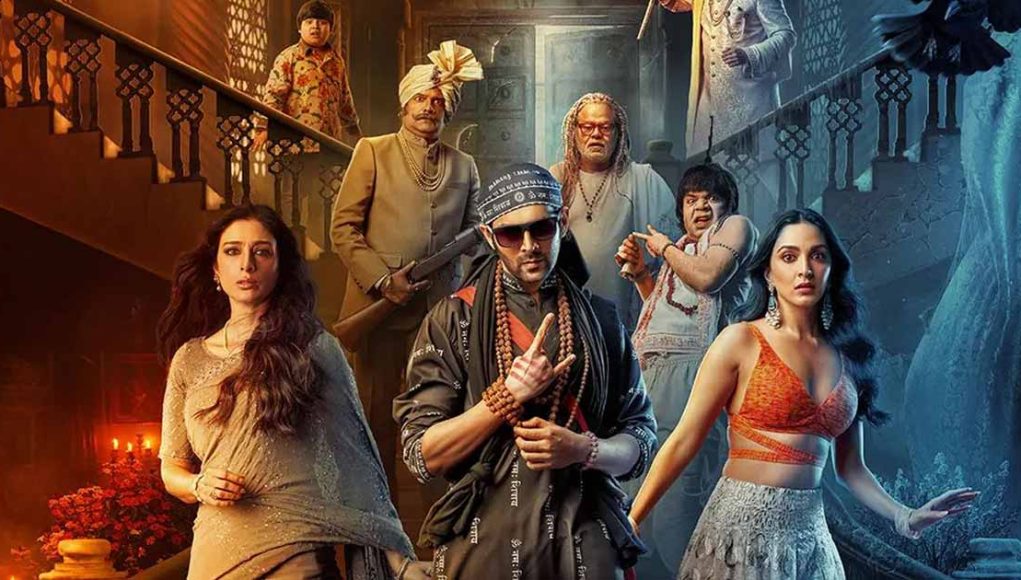 Story: The film is set on Ruhaan (Kartik Aaryan) and Reet (Kiara Advani) and ends up with them visiting Reet’s home in Rajasthan, fate leads them to open an old secret which leads to them suffering and hell breaks loose leading to one lie. It’s a scary and yet comedy rollercoaster ride for audiences that keep them steak to their seat.

Review: There is a maze in Bhool Bhulaiyaa 2, and one that is never satisfactorily resolved. How are the many, many people who inhabit it, young and old, and those rendered of indeterminate age courtesy the get-ups, related to each other? Even Monjulika, the ghost, back after 15-reel years – who picks up right up from where she left off, skulking un-lost through a monstrous and dimly lit haveli — may struggle to sort that puzzle.

Tabu is the pivot of the family, and an impressive pivot she makes, towering regally over others and sundry. Even a blood-curdling encounter with the ghost doesn’t stop her from appearing in yet another immaculate sari. The Rajasthan heat doesn’t seem to affect her many velvety choices.

Anees Bazmee is known for his comedy films like the Welcome franchise, Singh Is Kinng, and No Entry – so the comic elements in Bhool Bhulaiyaa 2 don’t really come across as a surprise because of the director’s hold on the genre. However, the horror sequences in this sequel also manage to stand out. He has not resorted to jumping scares but has used several elements to make his scenes unique. For instance, a puzzle sequence that stays true to the title of the film. 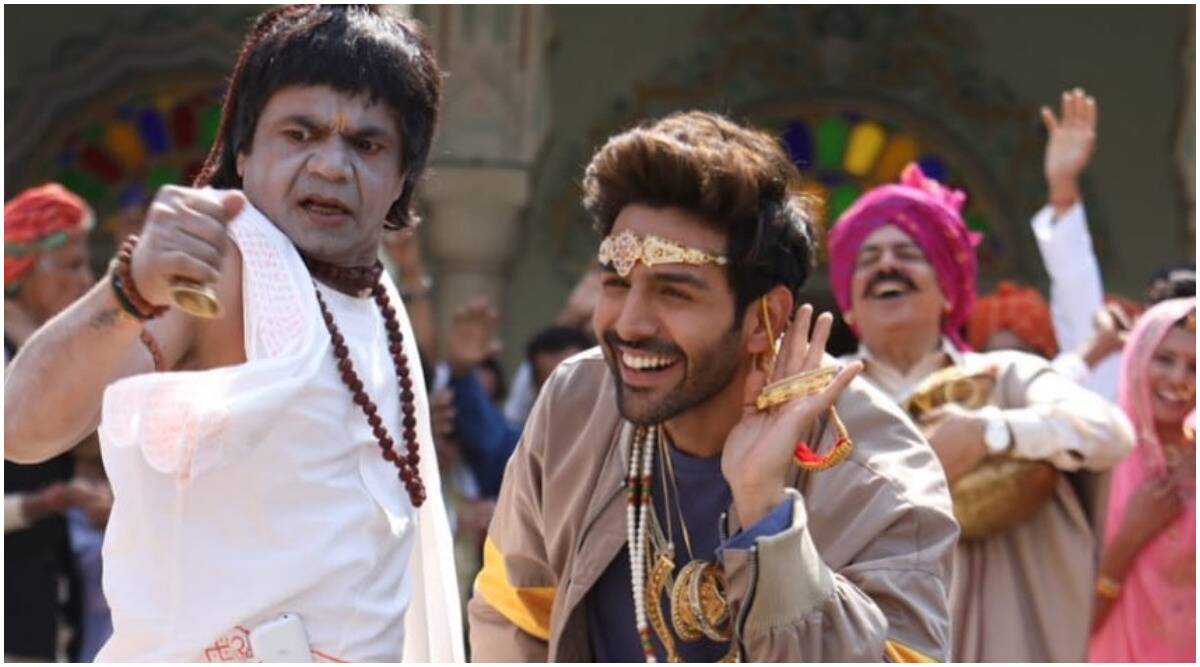 Of course, background music from the original comes in handy at many junctures, which gives the film a nostalgic value. Editor Bunty Nagi has given a smooth flow to the film, while art director Ajay Verekar and production designer Rajat Poddar help elevate the genre requirements of the film. Mukesh Chhabra’s casting is bang on.

Speaking of the performances, Kartik, Kiara and Tabu live up to their parts, especially the leading pair’s onscreen chemistry is one to look out for. The supporting cast aces their characters well, making one wonder if there is anything that Sanjay Mishra, Rajpal Yadav, Ashwini Kalsekar, Rajesh Sharma, and Govind Namdeo can’t do. Amar Upadhyay and Milind Gunaji perform well, but their parts inherently seem limited. Samarth Chauhan as Potlu is bound to win a lot of hearts.