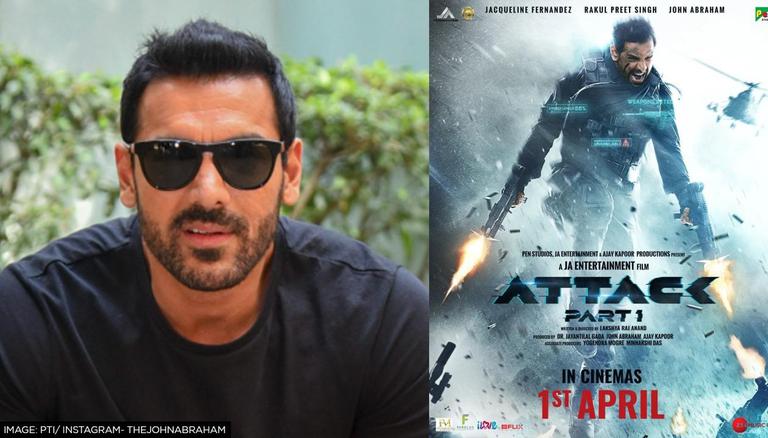 Attack part 1 trailer is released by makers today, John Abraham is back in action but this time as India’s first super-soldier. His fans won’t be disappointed this time with his science fiction action and visuals of the film. Apart from John the film also features Jackqueline Fernandez, Rakul Preet Singh, Prakash Raj, and Ratna Pathak Shah.

John shared the trailer of Attack with a caption, “This film is for all the youngsters because the reliability is more. Ours is a very forward film. It was essential to making this film because I believe this is a game-changer. If the film is good, it will work. How much ever you promote a bad film, it will not work and even I have experienced that. I would say on the record, ‘Attack’ is a damn good film.”

Attack- Part 1 will be released on theatres on April 1, after a week’s release of RRR. When asked about John about the clashing with Rajamouli’s film, he said, “We have been assured of good screens. I have a lot of respect for Rajamouli sir and his kind of cinema. But we also have respect for what we have done. We are definitely not number two to anyone.” The film is directed by Lakshya Raj Anand.