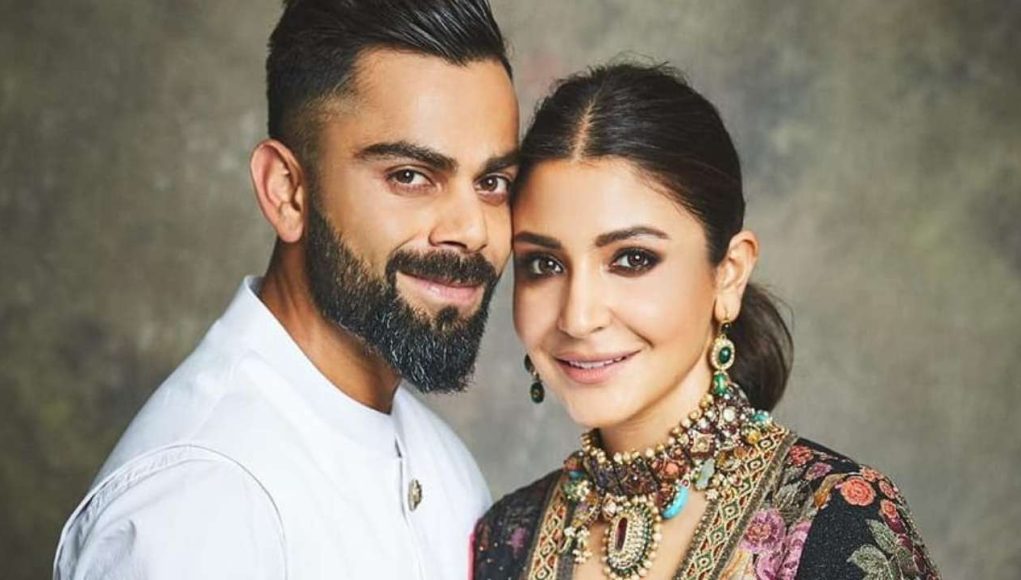 Anushka Sharma and Virat Kohli are one of the most beloved celebrity couples. The two never fail to give away major couple goals and shower their love for each other publically. They make sure to support each other in their new ventures and also stand up together to every controversy. While the couple is living their bubble life, Anushka Sharma recently shared a few glimpses from Glenn Maxwell and Vini Raman’s wedding party that they recently attended.

Anushka Sharma recently took to her Instagram stories to share two adorable pictures with her cricketer husband Virat Kohli. In the photos, Anushka Sharma could be seen wearing a beautiful pink-colored salwar suit with golden accents. She accessorized her look with a pair of heavy earrings, kept her makeup to a minimum, and left her hair open. The Chakda Xpress star completed her look with nude footwear. On the other hand, Virat Kohli looked dapper in a black kurta and white pajama.

As Glenn Maxwell and Vini Raman tied the knot last month, Royal Challengers Bangalore organized a celebratory event for the newlyweds on April 27 inside the bio-bubble. Several players of the team attended the wedding party with their families. Sharing how she has seen and celebrated every possible function in the bio bubble, Anushka Sharma penned a note on her “Bubble Life” She wrote, “Wedding function in a bubble! Now I think I’ve seen and celebrated possibly every function and festival in a bubble!”

As the actor posted the adorable pictures from the event, their fans could not stop gushing over their chemistry. The microblogging site Twitter saw a plethora of tweets about the two. While many fans complimented the couple, others penned “Rab Ne Bana di Jodi” in their photos.