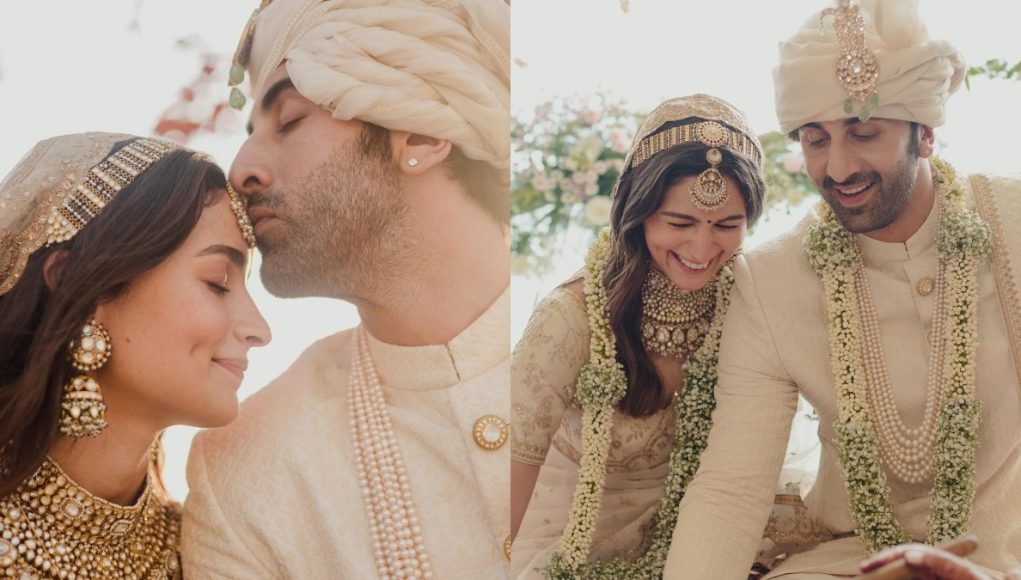 Alia shared three pictures on her Instagram account to mark the special occasion and captioned them with emojis of a red balloon, a dancing girl, and a cake. The first picture was from their sangeet function and showed Alia and Ranbir smiling as they held each other, with their eyes closed. The second and the third pictures were from their wedding reception. The second pic, a candid black-and-white snap, showed Ranbir hugging Alia from the back as they laughed. The third was also a candid picture of them laughing, with Alia looking at her husband.