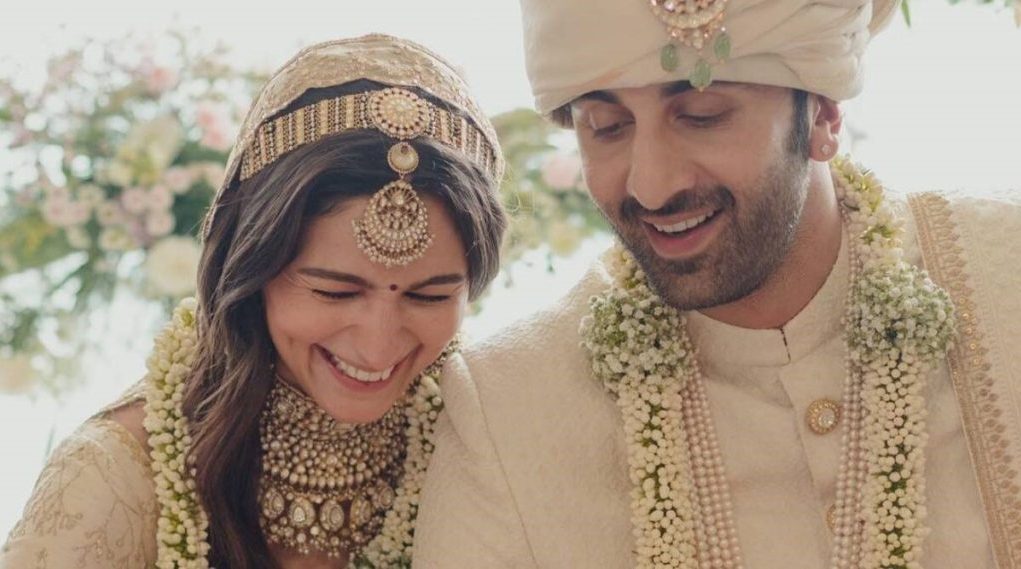 Alia Bhatt revisited her wedding a week after tying the knot with Ranbir Kapoor. The couple is in different parts of the country right now for work–while she is in Rajasthan to shoot for Rocky Aur Rani Ki Prem Kahaani, Ranbir is in Himachal for the shoot of Animal. On Saturday, Alia shared pictures of herself from the wedding.

The first photo showed her with her pet cat Edward. She looks dotingly at her adorable cat, who has his eyes on something behind the camera. Alia has dressed in her wedding outfit–a white Sabyasachi saree and a lot of white and golden jewelry. The second picture shows her henna-decorated hands and her enormous wedding ring. A large hexagonal diamond sits on top of a diamond-encrusted band. The final picture shows her sitting down to pose for the camera.

The pictures got her love from Ranbir’s family. His sister Riddhima Kapoor Sahni wrote, “My most beautiful girl.” His mother Neetu Kapoor shared love and heart emojis. Aditi Rao Hydari wrote, “So so so beautiful.” Alia and Ranbir got married at their home in Bandra on April 14. The two had been dating for five years before that. They fell for each other on the sets of their upcoming movie Brahmastra.