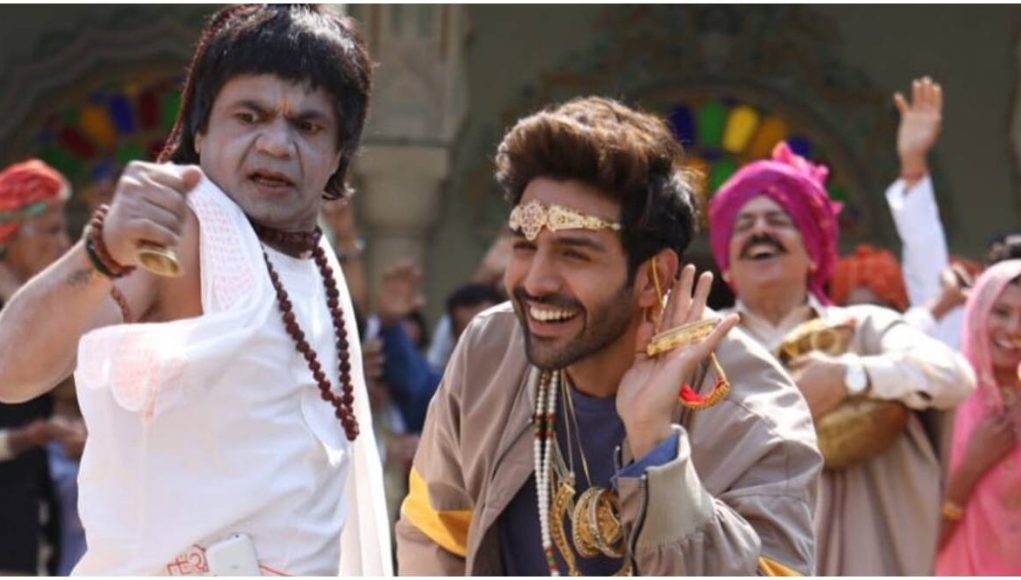 Bhool Bhulaiyaa 2 is a bumper hit. The Kartik Aaryan, Kiara Advani, and Tabu star ransacked ₹92.10 crore net in its first week at the box office, finally bringing an ailing Bollywood back on track giving the entire industry plenty of reason to smile. Reaching a ₹90 crore+ weekend at a time when most Bollywood movies are folding under ₹30 crore in their lifetime run is nothing short of remarkable.

Bhool Bhulaiyaa 2 held exceedingly well in its second, third, and fourth weeks, faring far better than all the other Bollywood releases that opened after it to continue its dream run at the box office. And now, the Kartik Aaryan and Kiara Advani star, directed by Anees Bazmee, which also sees Tabu, Rajpal Yadav, Sanjay Mishra, and Ashwini Kalsekar in crucial supporting roles, has begun its fifth week on another steady not, taking its total box office collection to a whopping ₹177.29 crore net after 29 days.

A power-packed partnership calls for a power-packed present. Riding high on the stupendous success of Bhool Bhulaiyaa 2 and the dynamic collaboration that Bhushan Kumar and Kartik Aaryan hold, the producer has gifted India’s first GT, a posh Orange McLaren, to the talented star, which happens to be the first car delivery of its kind in India. Right from entertaining the masses in 2018 with their maiden collaboration on Sonu Ke Titu Ki Sweety to their recent blockbuster, Bhool Bhulaiyaa 2, Bhushan Kumar, and Kartik Aaryan have come a long way and given major hits that have fortified their relationship.

Ayan Mukherji on Kesariya lyrics: We did not find it like Elaichi