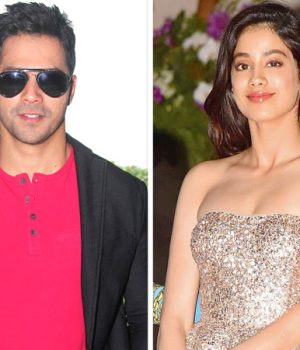 Earlier reports are there that Varun Dhawan is collaborating with Nitesh Tiwari for his next project. It was said that the film would go on the floor in the month of February 2022. Well, putting all the rumors and speculations aside, Nitesh finally announced his upcoming project with Varun and Janhvi in the lead, and the film is titled ‘Bawaal’ and will be released next year on 7th April 2023.

Varun took to Instagram to the announcement of the film, he captioned, “Ab Hoga #BAWAAL! 💥 So excited and grateful to announce my next with the amazing duo, #SajidNadiadwala & @niteshtiwari22 along with @janhvikapoor ♥️ Can’t wait to see you in theatres on 7th April 2023 #goodfriday.”

On the work front, Varun will be seen in ‘Jug Jug Jeeyo’ which also stars Kiara Advani, Anil Kapoor, and Neetu Kapoor. Along with that, he will also be seen in ‘Bhediya’ with Kriti Sanon. On Janhvi’s work front, she has some interesting projects in her kitty like ‘Good Luck Jerry’, Dostana 2 and she will also the part of Karan’s big-budget ‘Takht’ where she is sharing the screen with Kareena Kapoor Khan, Vicky Kaushal, Anil Kapoor, Ranveer Singh, Alia Bhatt, and Bhumi Pednekar.