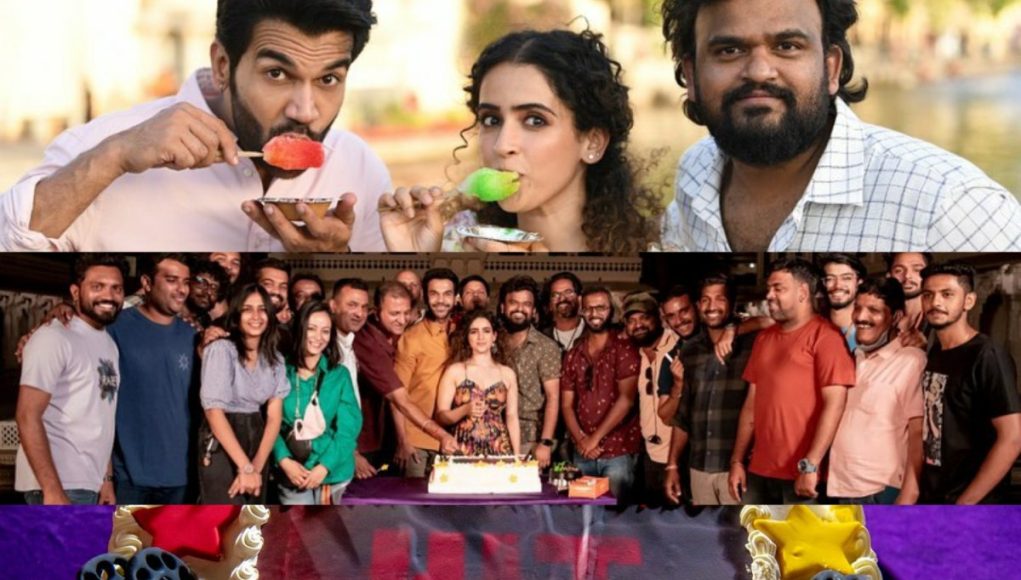 Rajkummar Rao and Sanya Malhotra-stars “HIT- The First Case” has finished filming, the makers announced on Monday. The Hindi remake of the 2020 Telugu hit of the same name, “HIT – The First Case” is produced by Bhushan Kumar, Dil Raju, Krishan Kumar, and Kuldeep Rathore. The official Twitter account of T-Series posted pictures of the cast and crew post the wrap.

“Bhushan Kumar and Dil Raju’s HIT – The First Case, starring @RajkummarRao and @sanyamalhotra07 call it a wrap, see you in cinemas soon,” the tweet read. The Hindi remake of the thriller is directed by Dr. Sailesh Kolanu, who also helmed the original film.

“HIT – The First Case” is described as a “gripping tale of a cop, who is on the trail of a missing girl”. The film marks the first collaboration of Malhotra and Rao, who had featured in Anurag Basu’s crime anthology “Ludo” in different segments.

We provide you with the latest breaking news and videos straight from the entertainment industry.
Contact us: in[email protected]