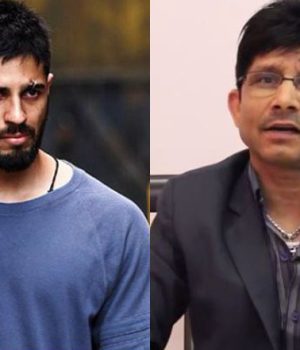 As Alia is all set to marry her love Ranbir Kapoor and the preparation is in full swing. But there’s only one person possibly who can create negative even out of this – Kamaal R Khan (KRK). While the self-proclaimed critic is all set to review the big fat Indian wedding, KRK is also now mocking Sidharth Malhotra. Earlier, Alia was in a relationship with Sidharth and was parted away in 2017. It was rumored that the breakup was bitter.

Now both Alia and Sidharth have moved on in their lives with their partners, Sidharth moved on with Kiara Advani while Bhatt fell in love with Ranbir Kapoor. KRK is the latest tweet that targeted Sidharth Malhotra and mocked him over his relationship with Alia Bhatt. He even claimed that the Shershaah actor once fought with him but is now not even invited to the actress’ marriage to Ranbir Kapoor. See his Tweets here.

In another tweet, he also indirectly mocked Salman Khan over not receiving an invitation to Alia Bhatt and Ranbir Kapoor’s wedding.

It is said that Alia Bhatt and Ranbir Kapoor have only invited 28 members to their wedding which mostly involves family members and really close friends.