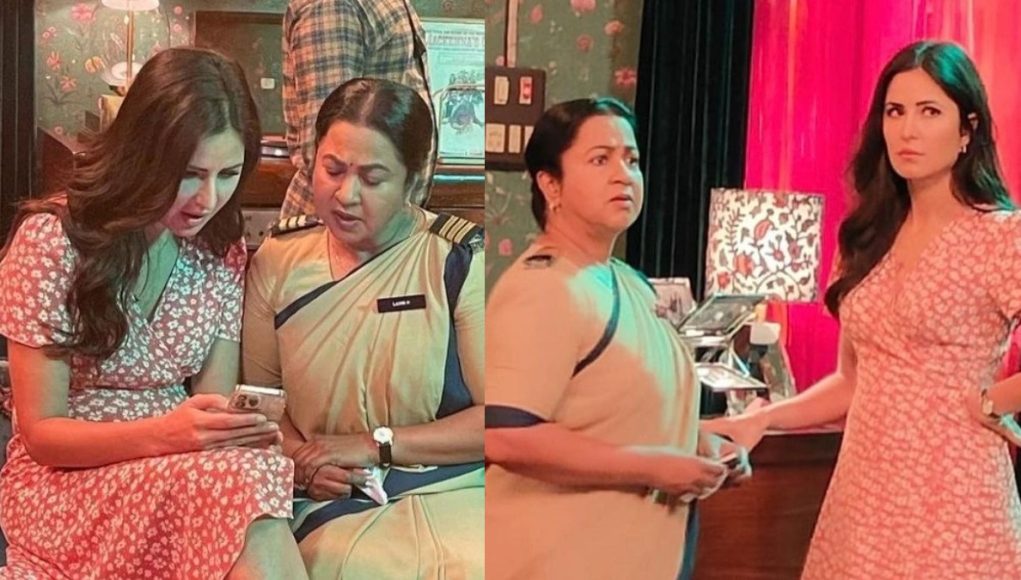 Katrina Kaif’s fans are excited to see her teaming up with South superstar Vijay Sethupathi in Merry Christmas. The film was officially announced in December 2021 with a photo featuring Katrina and Vijay with director Sriram Raghavan and producer Ramesh Taurani. The actress is currently shooting for the film, and it also features Tamil actress Radikaa Sarathkumar.

In the leaked photos, one can see the Bharat actress sporting a floral summer dress, while Radikaa, on the other hand, is seen dressed as a cop. Merry Christmas will be produced by Ramesh Taurani’s Tips Industries in association with Matchbox Pictures Pvt. Ltd.

Merry Christmas marks Katrina’s first project after her wedding to Vicky Kaushal. The film is scheduled to release on December 23, 2022. Apart from this, she will be seen next in Tiger 3, Jee Le Zara, and Phone Bhoot.