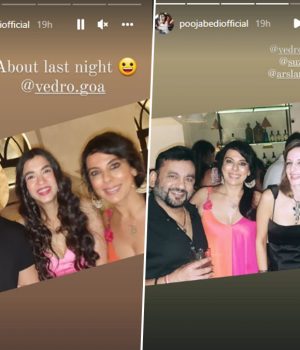 Hrithik Roshan and Sussanne Khan have moved on in life post their separation and have found love again. While Sussanne is rumored to be dating Arslan Goni, the Greek God is reportedly dating actress Saba Azad. Although they all have been tight-lipped about their relationship, their multiple outings and secret vacations say it all. On Tuesday, Hrithik and Saba were snapped by paps at the Mumbai airport. The duo was seen walking hand-in-hand and looked happy.

Sussanne and Arslan were also seen along with others at the airport. Reportedly, Hrithik, Saba, Sussanne, and Arslan are holidaying together in Goa and last night they all attended Pooja Bedi’s party. Several photos featuring the actors have gone viral on social media. In one picture, the War actor is seen posing with his rumored ladylove alongside Pooja, another click showed Sussanne and Arslan smiling and posing with Pooja. 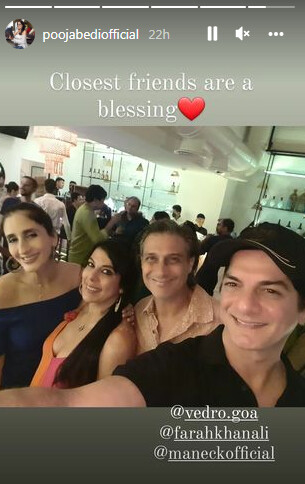 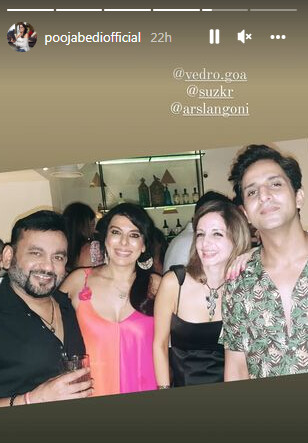 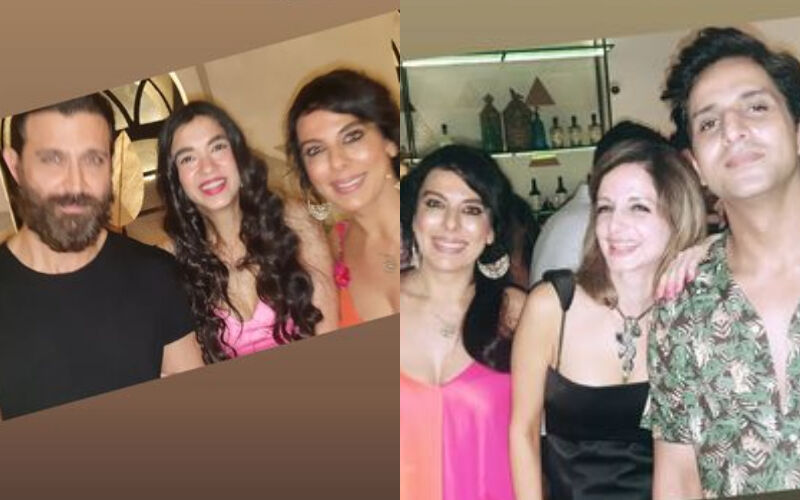 In a video shared on a paparazzo’s Instagram account, Hrithik is seen at his casual best and walking holding Saba’s hand at the airport. Notably, his ex-wife Sussanne too shares a great rapport with Saba as she often gives her sweet shout-outs on social media. Last month, Hrithik and Saba seemingly confirmed their relationship on Instagram as they indulged in fun banter where the actress called him ‘cute’.
Reportedly, Hrithik and Saba’s love story started on Twitter after the actor liked and shared a video featuring the actress. An Etimes had quoted a source as saying, “They have been dating for the past 2-3 months. While it was rumored that the two met on an elite dating app, turns out that isn’t true. The two met on Twitter.”