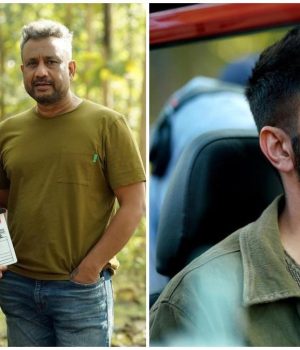 The film reportedly delves deep into a subject that’s left untouched by filmmakers in the country. Shot in exquisite locations of the North East, the filmmaker calls this his most ambitious project to date. Revered as the filmmaker who gravitates towards stories of grit, the film looks like a suitable asset in his rich repertoire.

It’s a promising subject that’s kept closely guarded, the film is also Sinha’s most expensive project to date. Mounted on a grand scale Anubhav Sinha shot the film on difficult terrains of North East India. Ayushmann Khurrana will be playing the role of Joshua. The star had posted a snazzy picture of his look that got fans talking.

Sinha’s frequent collaborator Bhushan Kumar believes in backing strong, content-heavy, and unique stories which makes the union with Sinha a solid one. Anek, jointly produced by Bhushan Kumar’s T-Series and Anubhav Sinha’s Benaras Mediaworks., is all set to release on 27th May 2022.