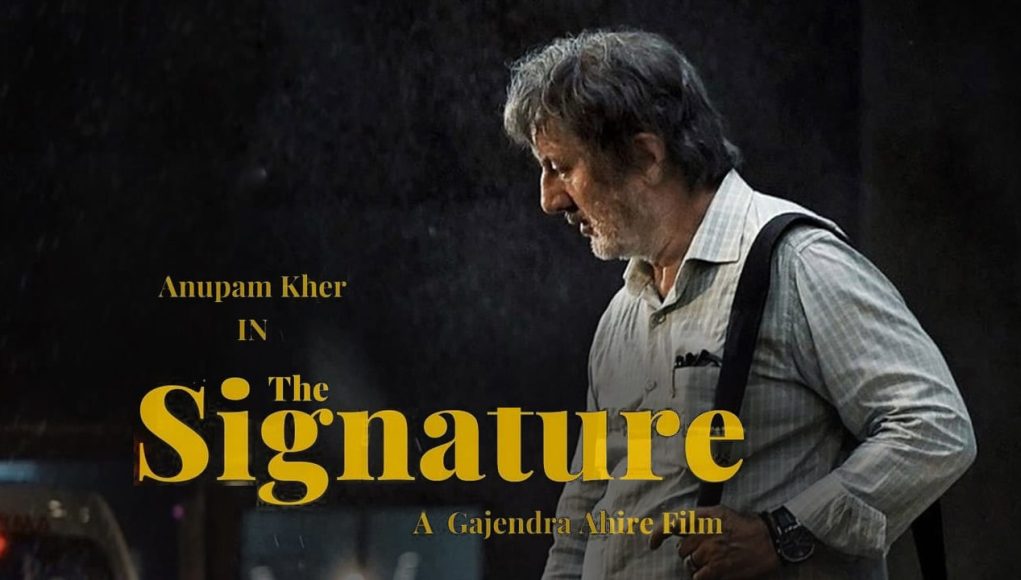 Anupam Kher has managed to win the hearts of the audience with his impeccable acting skills. From Saaransh to The Kashmir Files, Kher has proved his versatility in each of his films. Keeping up with the trajectory, Anupam Kher is once again all set to entertain his fans with his forthcoming film The Signature.

Although the plotline and other details of the film are kept under the wraps, recently, Kher’s first look from The Signaturesurfaced online which fueled fans’ excitement levels.

On Monday, Indian film critic and trade analyst Taran Adarsh took to his Instagram handle and shared the first look of Anupam Kher fromThe Signature, while announcing the wrap of the film. In the poster, Kher looks tired and weak as he stands in the mid of a road while holding a bag on his left shoulder and an umbrella in the other hand. From the poster, it seems like the Aiyaary actor is an office-going old man who is just about to cross the road.