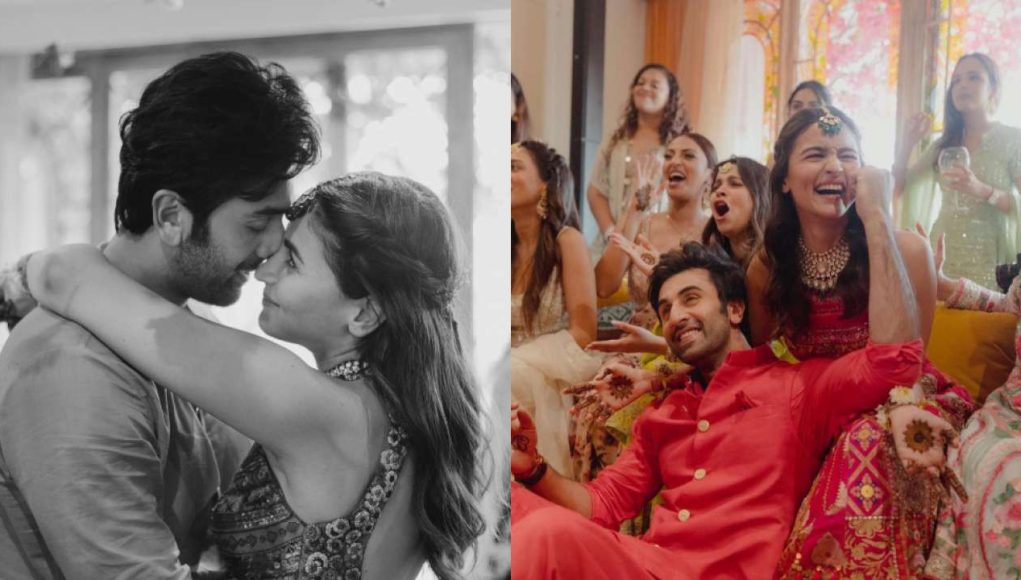 Alia Bhatt gave fans a glimpse of her Mehendi ceremony and it is packed with emotions. From Ranbir Kapoor shaking a leg with Neetu Kapoor and Kareena Kapoor Khan to hugs, kisses, and an emotional tribute to the late Rishi Kapoor – Alia’s Mehendi ceremony was an intimate family affair. In one of the pictures, Ranbir was seen holding up Rishi Kapoor’s picture, while another captured ‘Alia’ written in henna on his right hand.

Describing the blissful moments, the actress shared on Instagram, “The Mehendi was like something out of a dream. It was a day full of love, family, our beautiful best friends, a LOT of French fries, a surprise performance by the Ladkewalas, Ayan playing DJ, a BIG surprise organized by Mr. Kapoor (my favorite artist performed my favorite songs), all followed by some happy tears and quiet, blissful moments with the love of my life. There are days… and then there are days like these!”

The Mehendi ceremony was held on April 13 at Ranbir and Alia’s Bandra home. The actress opted for a minimalistic design. Revealing details about Ranbir’s Mehendi, a source present at the venue informed Bombay Times, “Ranbir was excited to get minimal Mehendi done on his hand. However, he wasn’t sure about the design. It was Alia who suggested he got something minimalistic designed on his palm. Finally, he went ahead with a heart, which had Alia’s name written on it. That apart he also suggested he got his lucky number 8 designed on his palm.”