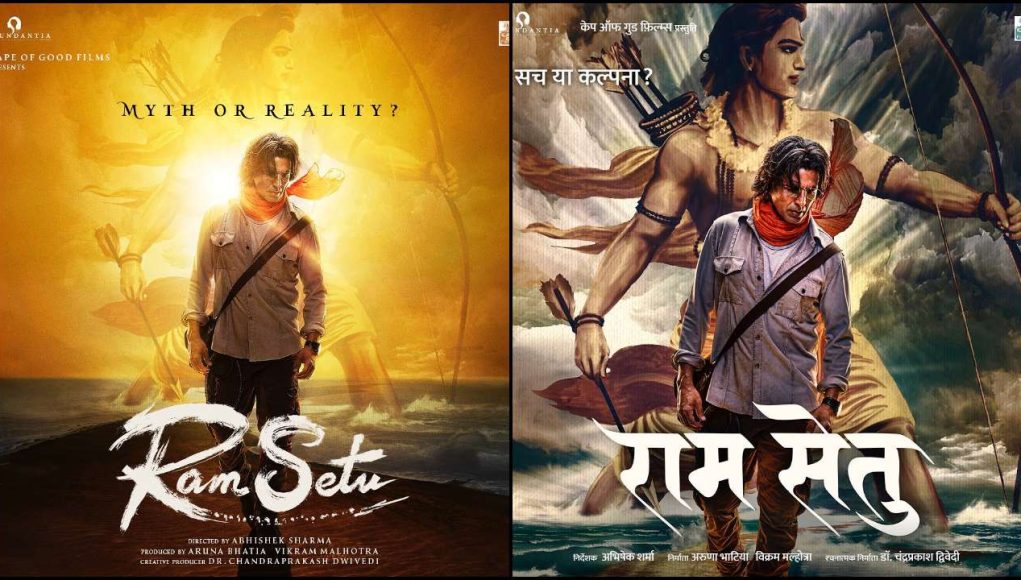 Akshay Kumar’s film Ram Setu is all set to hit the big screens this Diwali 2022. Pictures and videos from the sets were leaked and went viral on social media. Now the makers of the film recently dropped the first glimpse of the film on social media.

Yesterday, Akshay Kumar shared the first look of Ram Setu on social media and wrote, “A glimpse into the world of #RamSetu. In cinemas Diwali, 2022 (sic).” As soon as it was revealed, many shared their opinions on Twitter.

Even though many of Kumar’s fans are excited about the new poster of his upcoming film, some are confused as to why Khiladi Kumar is carrying a flambeau, while Jacqueline Fernandez is already carrying a torch. A user wrote, “The entire surrounding is so well-lit, that woman has a powerful electric torch, and yet here you are, holding a fire torch to see god knows what! Hilarious poster!” Followed by laughing emojis. Previously, Akshay Kumar came under fire for endorsing Vimal pan masala. The superstar, who strongly endorses a fit life, stepped down and apologized to his fans. In an Instagram statement, he apologized to all his fans.